Looking for a novel by a European author written in 70s or 80s about astronauts who returned to earth and found it largely uninhabited but not for any readily apparent reason - no wars had broken out or anything obvious. They spent time trying to piece together what happened and wandering around looking for remnants of civilization. Vaguely recall that use of cosmetics or something had affected the fertility rate.

In the sequel of Earth 1

The battle of the robots and humans to overthrow the tyranny of the fifths who control human population through fear.

Humans are living underground, and the world has been enveloped in toxic clouds. Islands have disappeared underwater and the Fiefs now prevent men and women from being together. Anyone who wants to have a child has to have their permission. Pregnancy is punishable by death.

As per the querent's comment above, the answer is Richard Maynard's The Return, also titled The Quiet Place in some editions. Its publish date is 1989, which is a little later than the querent had thought, but it fits the theme of astronauts returning to a largely deserted Earth, hundreds of years after they left but only a few years to them due to something called "the Refraction", finding the Earth only populated by primitive tribes of children. I have not found the exact reason for the depopulation other than references to it being a "new product" which didn't turn out as expected. 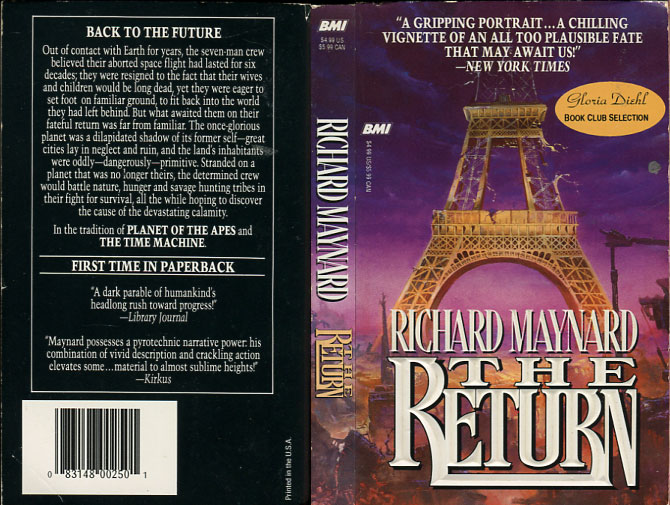 23
Book about a colony ship failing and the colonists returning to an empty Earth
9
Post-apocalyptic novel: an astronaut returns to an Earth reverted to the stone age