I'm trying to find a book I read 5-6 years ago about a guardian angel who failed to protect his female assignment who then got turned into a vampire and became the Princess of the Damned.

The now-fallen angel is committed to finding her and saving her by helping her soul pass on to Heaven instead of Hell.

I think you're after "Eternal", the second book in the "Tantalize" series by Cynthia Leitich Smith;

This dark romance is told in alternating chapters from the perspectives of 17-year-old Miranda and her guardian angel, Zachary. Early in the novel, Zachary falls from grace as punishment for materializing in his full radiance in a failed attempt to save Miranda from being bitten by a vampire.

The tale resumes a year later with the now-vampire Miranda a revered princess living among vampire royalty and feasting regularly on humans. Zachary has sunk into a life of aimless debauchery and is resigned to never regaining his wings". 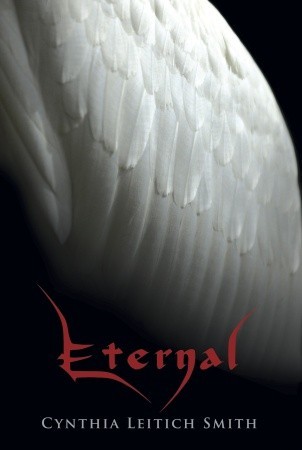 Not the answer you're looking for? Browse other questions tagged story-identification vampire or ask your own question.

8
YA book about a human girl who saves an cat-like elf guy, deals with racism and magic and a prophecy
9
Series: Female half-demon/half-angel paranormal P.I. sends demons back to hell
5
Trying to find stories that were published on Fatalistic.net or Fatalism.net
12
Cynical vampire and her underwear-stealing lover
10
New York cop with amnesia who is the defender of a princess
7
Old time travel series with older self helping younger self
8
Vampire film about a college guy turning into a vampire
9
What was the fantasy novel with a fire/fertility goddess named Fala and a sea god named Sur?