Trying to find a specific book about clones

So, since Orphan Black came out - and I haven seen it but the premise of it - this old book has been niggling at me. I remember reading it in the late nineties/early millenium. It was about a girl who discovers she is a clone, and I believe she's the fourth clone. And all of the clones, as well as the original girl, have died of an illness that the original girl had herself. The story follows the clone as she pieces together who the other clones where and what the connection was (that they all die of the same illness) until eventually...at the end of the book, she finds a cure left behind with her name on it. At the very, very end of the book, it is discovered that there are more cures, with other names on them, indicating that their are other clones, still alive, who do not know they are in danger.

One of the themes of the clones was that they had names following the letters of the alphabet, I believe the main character's name started with an 'E' or an 'F'.

I've looked everywhere, and keep finding other clone books but not this one, I'd really 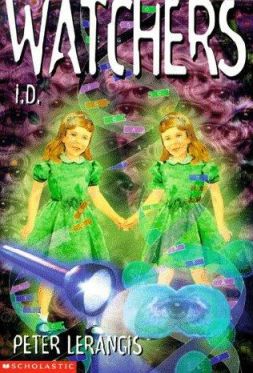 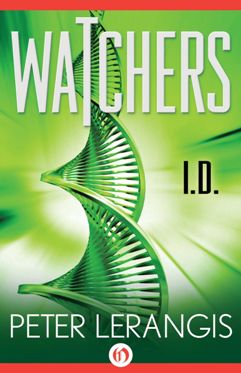 Could be "Watchers: I.D." by Peter Lerangis.

The watchers see things that others can't see. In this installment, a young girl discovers she is a clone, and has only days to live unless she finds the secrets of her creators.

Another synopsis throws up a few more details:

As Eve approaches her fourteenth birthday, something begins to feel very wrong. While skiing, she sees a girl about her age die suddenly of a heart attack.

She makes a startling discovery:

A few days later, Eve learns that the girl’s sudden death is part of a pattern of fourteen-year-olds dying of strange causes, based on a chromosomal defect. One of the dead is Alexis, a girl who looks exactly like Eve.

The following extract from the book describes Eve finding the antidotes:

Eve reached in. She turned other vials and read the labels. CAROLINE. ALEXIS.

The one meant for her.

She lifted it out.

Her mind was clouded.

The wrong one meant death.

The five clones are Alexis, Bryann, Caroline, Danielle and Eve. And only Eve survives in the end - or so she thinks. From the last page of the book:

She turned, slowly, painfully, to the person standing by the bed.

A down coat, a wool scarf.

ABCDE. No one left. I am the end of the line.

You can go through sample chapters here or here.

Not the answer you're looking for? Browse other questions tagged story-identification clones or ask your own question.

10
1980's or early 90's children's book about a girl who was a clone of a scientist
6
Sci-fi book series about two orphan boys who are adopted and trained by two monster hunters
8
Book about a girl who discovers she is a clone, flees from the government
6
YA book about a girl who is cloned and her clone does bad things
8
I’m looking for a book about an orphan girl who is found by a boy and his uncle
13
Book in which a fake shaman accidentally summons an ifrit
9
70s movie. A man and his clone are trying to find out who cloned him and why they are trying to kill them
5
Book about girl who was killed, and then cloned without memories of her past life. She lives in a facility with other clones of dead people
3
Book series about superpowered teenaged clones with tattoos on their heels