Here is what I remember:

It was a 90's (I think, not 100% sure, but it's very likely) cartoon series with a rather serious, non-goofy tone about a squad that dealt with paranormal / extraterrestrial activity.

They used a helicopter similar to a Chinook for transportation.

I distinctly remember one episode where a cloud formed over a small town and its rainwater made everyone sick. When the squad made it high up and into the cloud they encountered Octabrain-like creatures that acted as the cloud's bio defense mechanism. I remember those things ate live missiles that were launched at them.

I'm afraid that's pretty much all I remember, aside from the end credits theme being dark and moody.

Hope it rings a bell. 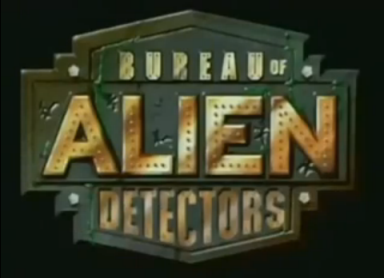 From the show's tvtropes page:

In it, aliens have invaded the earth. A carefully selected and trained group of five people called the Phalanx Squad, monitor, control, and battle the alien visitors.

But some people in the Bureau may have hidden agendas of their own concerning what to do with the aliens.

Some members of the team: 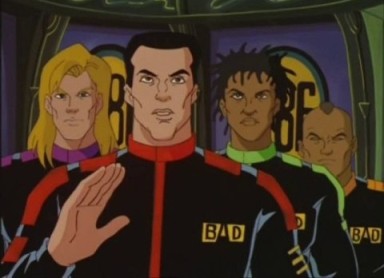 Here's their transport vehicle from the first episode: 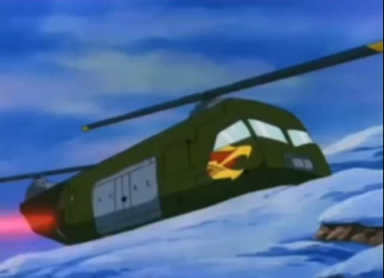 The episode you remember is "And Then Comes the Rain".