How did the Tet destroy Earth's moon?

Simple question. Is it ever explained how the Tet succeeded in destroying the moon ? I can't recall this being explained.

We are never given the official path to the moon's apparent destruction. We know the alien invaders are somehow responsible, mining the moon, apparently destructively, before turning their attentions toward invading the Earth.

The IMDb Oblivion synopsis provides us with:

In the year 2077, Jack Harper (Tom Cruise), is a drone technician living in a tower high above the clouds, with his assigned partner Victoria/Vika (Andrea Riseborough). They are the last people left on Earth after it was destroyed by aliens known as the Scavengers/'Scavs', who wanted Earth's resources. The Scavs destroyed Earth's moon for material resources, which caused a series of natural disasters and global devastation, then they invaded. 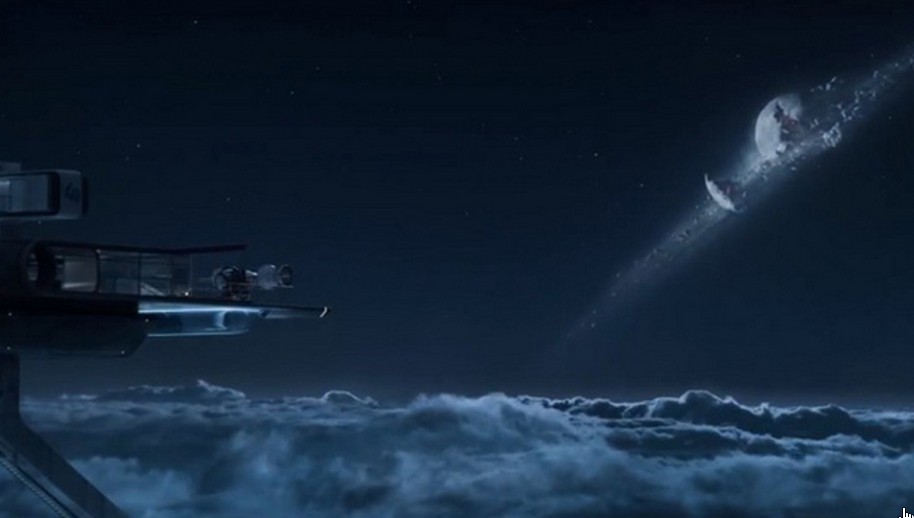 I suspect the real reason for this element is to give a single, startling image that says "Toto, we're not in Kansas anymore." The goal of that blasted moon is to signify life as we knew it was over. If they had gotten the physics right, I would have been less put off by the picture.

It wasn't explained in the movie how or why. Further, I'm not sure the tidal disturbances supposedly caused by the moon's destruction really hold up. It was clear in the film that most of the moon was still in orbit around the Earth. If most of that mass is still basically in the same place, the tidal disturbances, if any, would be minimal.

It was most likely a deuterium-based fusion bomb.

This interview with Oblivion's Writer/Director describes the mission of the Tet aliens as being part of a scheme to steal Earth's seawater for it use in their fusion energy generators:

The notion of heavy hydrogen or deuterium existed in our seawater as being a very special thing in the universe. Heavy hydrogen is an element that exists in very trace amounts in our seawater, and it's used to create kind of the purest form of fusion energy. that's one thing that makes Earth valuable, that energy source.

and the film's draft script confirms that the element that really packs a punch is the Deuterium found in seawater. The aliens use it to power their ships and the drones:

The Gatherer is sucking up salt water, harvesting the elements essential to create DEUTERIUM, "Heavy Hydrogen.". At the top of the giant machine, Drones work tirelessly, ferrying containers of Deuterium energy up into the sky. Jack raises the Binocs, snaps a few photographs...

He turns to find that the ROVER is already there, a DEUTERIUM FUEL CELL sitting in its payload bay.

1
How did Sally from Oblivion destroy the Moon

12
Why does the TET not have some communications satellites?
7
How did Jack get his memories?
7
Why did the Scavs disguise themselves?
5
Why did it take Jack-52 three years to find the cabin?
7
Who created the TET in Oblivion?