Where did the daylight come from in the interior of Babylon 5?

The interior (open space) of Babylon 5 had night and day; whence came the daytime light? Light sources bright enough to account for the ‘daylight’ were never depicted in the show.

In a piece originally written on GEnie and archived on the excellent Lurker's Guide website, J. Michael Straczynski describes the station as being;

"...patterned physically after the work of such scientists as Gerard K. O'Neill"

with the central core of the station containing a

"hollow-world look, with fields and hydroponic gardens along the 360-degree circular section (which is about a half-mile, or a mile across)...This area is known as the Garden."

If you study other O'Neill Cyclinders, you can see that they have alternating glass and land sections to allow light but the B5 gardens seem to be lit using a "sun line", either chanelling light from the nearby Epsilon Eridani star using mirrors or simply creating artificial light using the station's powerful fusion reactors. The lack of an obvious channel between the exterior of the station and the interior would strongly suggest that it's the latter.

You can see the "sun lines" in the image and video below; 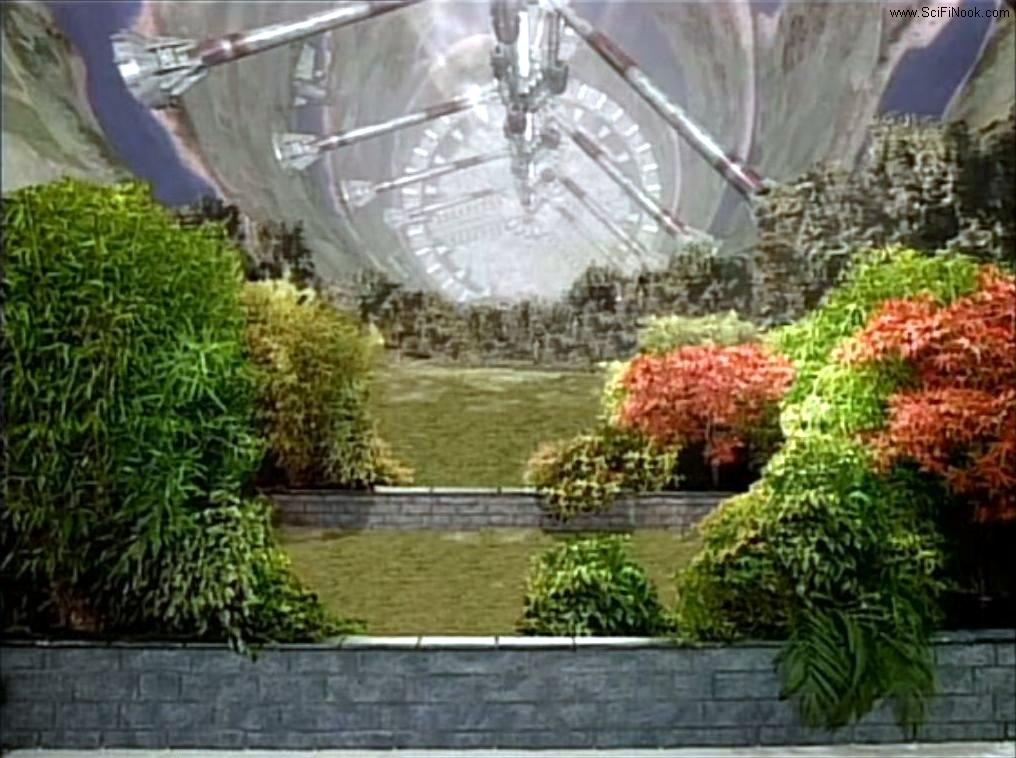 Not the answer you're looking for? Browse other questions tagged spaceship science babylon-5 space-colonization or ask your own question.

14
Why was Babylon 5 stationed and built orbiting around Epsilon III?

13
Were all five Babylon stations planned from the start?
8
SF Novel About Evolved Dinosaurs in Cylindrical Spaceship Coming to Earth
9
Babylon 5 season 3 A Day In The Strife - First contact situation
7
Where did the idea of “rocket tubes” come from?
19
What kept the Shadows from attacking Babylon 5?
24
Why did Babylon 5 have so many cast changes?
4
Where does light come from in Jules Verne's Journey to the Center of the Earth?
21
How did Sheridan keep Babylon 5 afloat without funding and any support from Earth after his rebellion?
7
Where did President Clark's note come from?
1
Why are Star Trek Federation ships white?