In the movies, is Sauron's armor correctly portrayed? 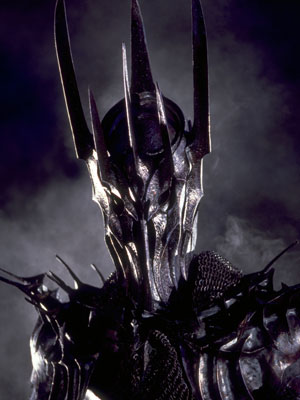 Is there in the books or on Tolkien's letters a description of Sauron's armor during the first or third age, when he was not trying to "seduce" other races?

Is it accurately portrayed in the movies?

There's no description of Sauron's armour in the books - in fact, there's no indication that he even wore any.

The most full description of Sauron is in Letter 246, and reads as follows:

Sauron should be thought of as very terrible. The form that he took was that of a man of more than human stature, but not gigantic. In his earlier incarnation he was able to veil his power (as Gandalf did) and could appear as a commanding figure of great strength of body and supremely royal demeanour and countenance.

In the First Age, he wasn't an armoured giant but rather a sorceror, a wizard, a necromancer, even, and is described as such in the Silmarillion:

Sauron was become now a sorcerer of dreadful power, master of shadows and of phantoms, foul in wisdom, cruel in strength, misshaping what he touched, twisting what he ruled, lord of werewolves; his dominion was torment.

The depiction of him in the movies is an invention so treat it as fan-fiction. In general Tolkien himself doesn't go into this kind of specific detail with many of his characters.

There's an entry on Sauron's appearance at http://www.glyphweb.com/arda/faq/sauronshape.html with a lot of quotes from Tolkien's writing, seems like a well-researched site so I doubt they missed any detailed descriptions...from this, it seems Tolkien was never too specific in his description of what Sauron looked like, and said nothing about what he wore. But in support of his general appearance as a very tall humanlike being, there's this quote: "Sauron should be thought of as very terrible. The form that he took was that of a man of more than human stature, but not gigantic."

Let's begin with the only image Tolkien ever produced of Sauron, as far as I know. Tolkien made this unfinished sketch of Sauron. 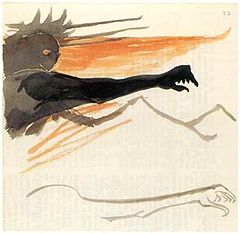 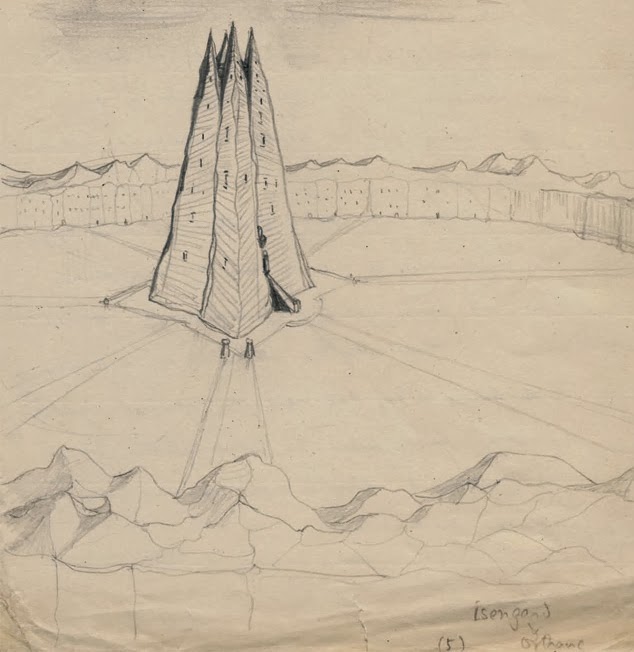 The armor Sauron wears in the films is based on Tolkien illustrator John Howe's illustrations (for The Silmarillion) of Morgoth, not Sauron.

From the LotR wiki:

As seen in Peter Jackson's film trilogy, Sauron appears as a massive figure in black armor, measuring over nine feet tall and wielding a horned mace. His armor is based on Morgoth's primary form in The Silmarillion, though scaled down a great deal.

In Jackson's series, Sauron is originally portrayed as a towering "black knight" wielding a huge black mace (reminiscent of Tolkien's descriptions as well as conceptual artist John Howe's illustrations of Morgoth); in this form, he is portrayed by Sala Baker. Sauron's armor is brutal, spiky, but of very high quality: it has very ornate filigree but is also quite functional.

One of Howe's paintings of Morgoth: 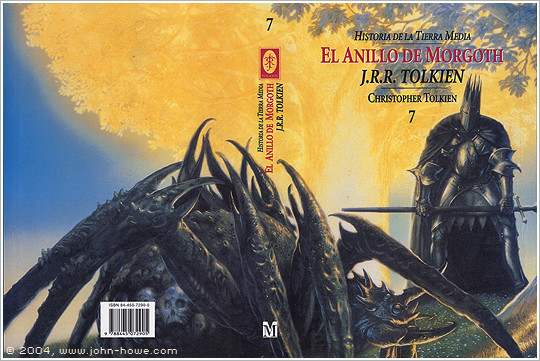 Howe is well known for illustrating Tolkien's work, but his depiction of Morgoth may itself be inaccurate- as far as I know, plate armor never appears in Tolkien's narratives; everyone wears chain mail or leather armor.

Not the answer you're looking for? Browse other questions tagged tolkiens-legendarium the-lord-of-the-rings movie sauron or ask your own question.

31
Can we date the technology in the Lord of the Rings movies?
24
What Happened to Mordor After Sauron's Defeat?
49
Why do Sauron's servants sometimes use the name “Sauron”?
5
Sauron's sight details?
6
Why was Sauron's return to Dol Guldur a surprise?
2
How much power can Sauron recover without the Ring?