In the Star Wars universe, could a Jedi Mind Trick be performed over the telephone?

For instance, could Yoda have called up the Imperial embassy on Dagobah and mind tricked whoever answered into getting him in touch with Palpatine? (I know there's no embassy or telephones on Dagobah, but serious question nonetheless.)

To clarify, are long distance mind tricks not only possible but would being in communication with another person, through telecommunication, allow a force user to better perform the action?

It seems this should be possible. To illustrate, we need look no further than Episode V.

Here, Vader terminates Admiral Ozzel while in a video conference.

In other instances, we see Obi-Wan or Yoda feel the deaths of many people from star systems away.

The trick might be distance. Often it's discussed by all of the Force users that the Force is something that binds every living creature. So, it would seem if we uses these couple of cases as evidence, that one need only feel the link between his/herself and the "target" person, in order to effect change through the Force with that person.

How difficult it is to find that thread would be the limiting factor, I'd imagine. But, it does seem possible over long distances.

In the Timothy Zahnn series (the only canon other than 4-6 I respect) I think Mara Jade was able to communicate with the emperor in just that fashion. As the 'emperors hand' she was under control\received powers from him. I haven't read those in over a decade so I'm reaching here.

From how far away can Force Choke be used?

The answer is a likely "No", with some rare exceptions.

Such a thing is probably possible

While we have never seen mind control, per se, exerted over anything approaching interplanetary distances, we have seen several related mental abilities used thus.

We see that Darth Sidious is able to reach out mentally to Darth Vader, while the former is on Coruscant and the latter near Galidraan III.

Sidious swiveled toward the tinted windows, behind which the sky above and Coruscant below were the color of ash. Narrowing his gaze, he reached out for Darth Vader, whom he sensed was observing the holovid, as well.

Yes, Lord Vader, Sidious sent through the Force, you shall have your starfighter.

Further, Darth Sidious and Count Dooku were able to mount a mental assault on Yoda1 when they were on Coruscant, and he was on Moraband. 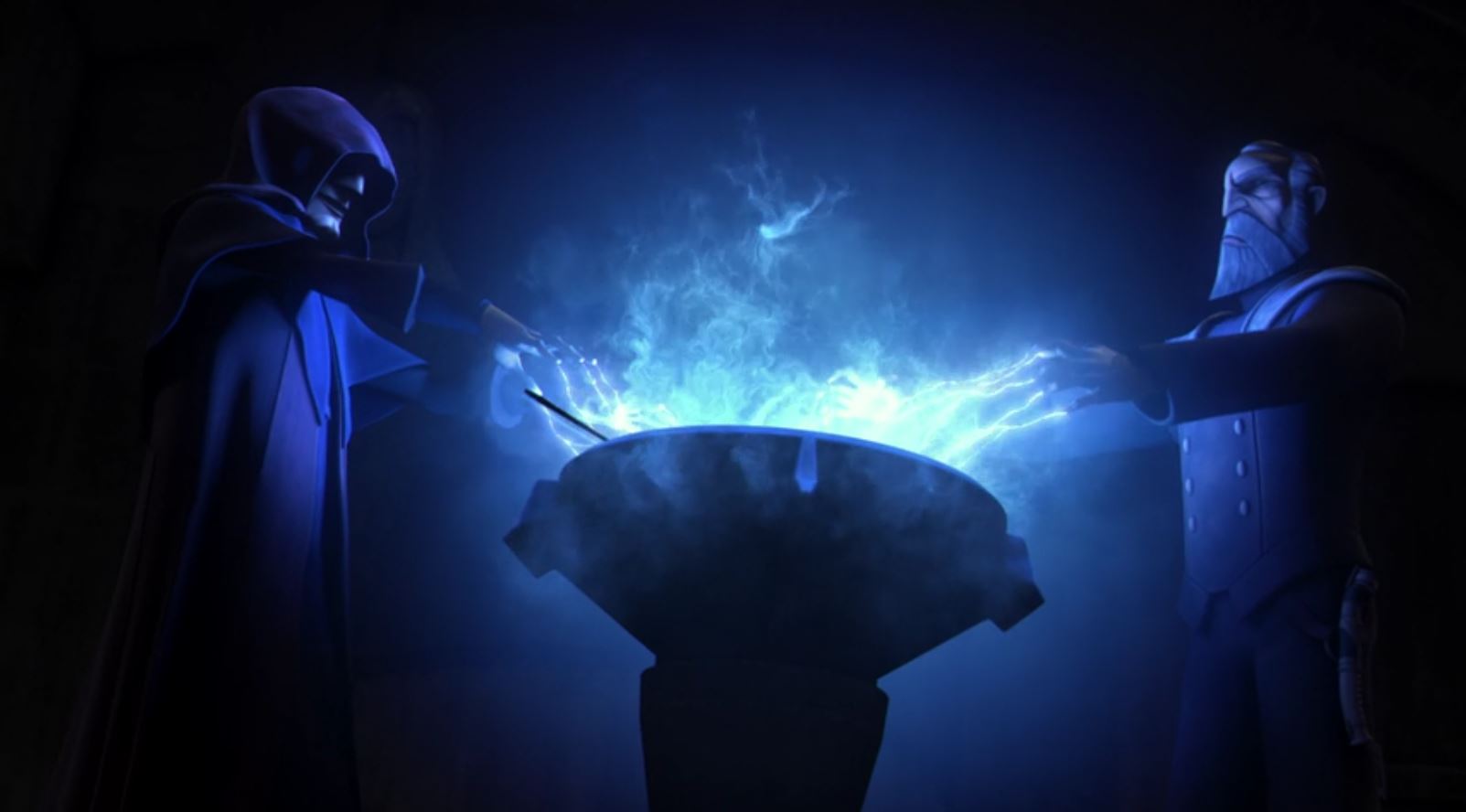 Sidious and Dooku sent Force visions to break Yoda’s will, in the hope of eliminating an obstacle to Sidious’s ascension.

On the one hand, they were aided by Dooku’s connection to Yoda, who had been his master; on the other, Yoda was a very powerful Jedi, and thus presumably difficult to influence. Affecting an ordinary individual from afar might be easier, but would still likely require some connection or knowledge of their location. Being in communication with someone could well provide an advantage, either by providing a greater connection, or by providing knowledge of their location.

The usual provisos apply, of course: mental attacks over great distances are probably a lot harder than similar efforts against nearby targets, which is likely why we see only the most powerful Sith Lord (Sidious) using them.

25
From how far away can Force Choke be used?
18
Where is Vader's meditation chamber on the Executor?
11
What is the full extent of the power of the Jedi mind trick?
6
Does one's ability to use the Force depend on distance?
13
Is It Possible To Impersonate Another Person Within The Force?
6
In the Foundation universe, what is the longest distance mentalists can touch minds?
2
Can Dr. Antekirtt give hypnotic commands to Carpena from afar?
1
Limits of The Force
-4
Could another character be influencing Rey from a distance?