Which American-made science fiction or fantasy comic book was the first to be translated into a foreign language and marketed abroad?

Which American-made science fiction or fantasy comic book was the first to be translated into a foreign language and marketed abroad? What language was it translated into, and what country was it intended for?

According to Kit Kelen's excellent "The Nation in Children’s Literature: Nations of Childhood", the earliest Transatlantic translation was "Little Nemo" which was originally published in 1906 for the New York Herald and subsequently translated into Italian for the 1908 publication Il Corrieri dei Piccoli (Italian for "Courier of the Little Ones") a popular children's cartoon book. 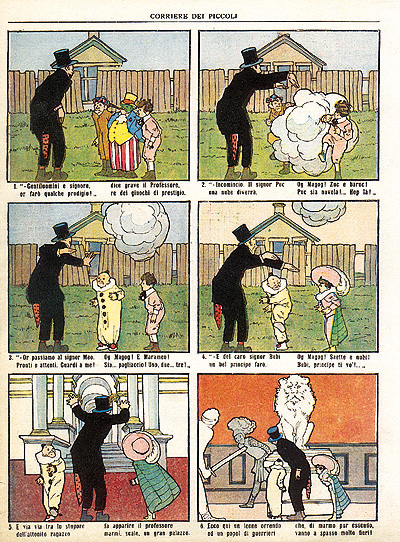 Another American comic strip, “Yellow Kid” had previously been published in the Italian magazine Il novellino in 1904 but as a one-off set of pages rather than a regular serial.