Is Wonder Woman's invisible jet a conventional aircraft (based on aircraft from her timeline and cloaked)? If not, what kind of power plant and fuel does it utilize?

The early version(s) of the Invisible Jet never indicated what the plane used for fuel, what kind of power source it utilized, nor fully defined what it was capable of doing. Marston was not a aeronautic type and thus used it as a plot device to allow Wonder Woman to fly, since in the early writings she could not truly fly.

The being that would one day be called the Invisible Plane began life as an alien "morphing crystal" circling a distant planet with its "family", other morphing crystals who are collectively called the Ring. In their natural state, the Plane and its fellow members of the Ring resemble eggs made of semi transparent plastic. In time, it was separated from its family and was found by the Lansinarians, a blind subterranean race that lived underneath Antarctica. The Lansinarians could not react quickly enough to changes in their environment. Thus, they developed the morphing crystal they had found into a life support device that catered to their needs. These beings later bestow the device on Wonder Woman in gratitude for saving them. The plane, which possesses a sophisticated artificial intelligence, responds to Wonder Woman's thoughts. It is able to render itself invisible as well as alter its shape, transforming into any form of vehicle its bearer desires, be it a jet, submarine, motorcycle, or horse-drawn chariot.

To ret-con this for Wonder Woman continuity, the device time travels back to the past so that Wonder Woman's mother Hippolyta who was now the Golden Age Wonder Woman, uses the Lansinarian device as a World War II era plane.

After its return to modern times, the Plane once again begins to display a personality, and like its earlier incarnation, it ultimately develops the power to talk. When a villain manipulates the Plane's feelings of anger at having been ignored for so many years regardless of faithful service, it attacks Wonder Woman and her friends.

But after realizing what it had done, it displays its capacity for remorse after and tried to make amends by transforming itself into a floating base above Gateway City for its mistress. Proving a good—though mostly silent and faceless—friend, the Plane receives a proper name: WonderDome. Later, Dome's technology is also incorporated into the Amazons' city of Themyscira following its reconstruction in the wake of the Imperiex War. Dome even reunites with members of its long lost family at one point.

In Wonder Woman #201 (by Greg Rucka), Dome sacrifices itself to prevent a tidal wave from killing thousands of innocent people. Having "died" to save so many, Dome is now the equivalent of a human corpse. While it can still function in its traditional shape of an invisible plane, it can no longer alter its shape and is now a lifeless inanimate object that is neither intelligent nor self-aware.

The Lansinarian device did not appear to utilize a power source recognizable to human science and acted pretty much as any good plot device should, without explanation, until it died.

Wonder woman has actually had a variety of planes over the years. If you're after a complete history the Wonder Woman wikia has a good list.

In short, her first plane was a gift from the Goddess Diane to her Amazons. It initially appeared in the form of a propellor plane but then morphed into a jet plane (strongly resembling a Gloster Javelin) without any further explanation. 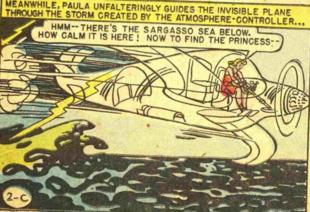 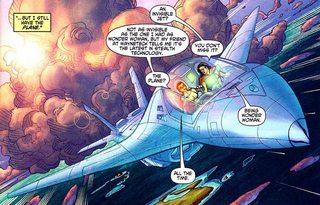 The first version simply appears to run on magic. It's a gift from the gods and apparently that's all the explanation needed.

The most recent version of the plane is actually a crystalline entity that was originally capable of changing into a variety of shapes including a plane but also a bike, a train and a person called WonderDome. The fuel for this later version appears to be "Graviton Particles" which it collects from the atmosphere. 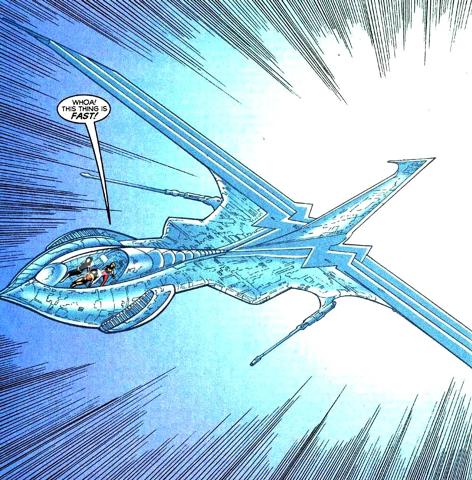 Like most comic-book questions, there's far too many inconsistencies to actually come up with a single conclusive answer. For example, why does the 1960 concept art have "external fuel cells" on it? 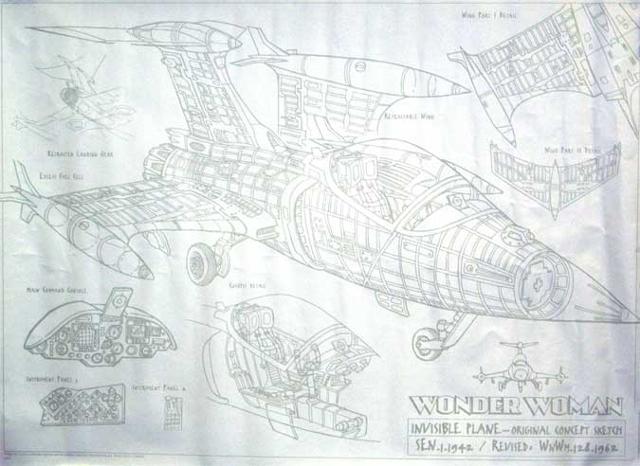 And why does she think there might be a "Fuel Leak"?

Not the answer you're looking for? Browse other questions tagged dc technology wonder-woman or ask your own question.

42
How/Why did Wonder Woman gain the ability to fly?
9
Did Wonder Woman Lose Her Jet When She Started Flying On Her Own?
28
Why is Wonder Woman's plane invisible?
24
Can anyone, including Wonder Woman, resist the Lasso of Truth?
5
What exactly is happening in Wonder Woman 06 (2012)? What is the point of this entire story arc?
8
Are the metal parts of Wonder Woman's costume affected by magnetism?
6
Why did these bullets hurt Wonder Woman?
15
What are the powers or abilities of Diana's sword?
6
What do the stars on Wonder Woman's outfit represent?