Why is Wonder Woman's plane invisible?

The plane is invisible which would be good for stealth but you can see Wonder Woman flying it. My question is, what is the point of having an invisible aircraft if you can see the pilot?

I would prefer an in-universe answer.

There are a wide variety of reasons an invisible plane would be useful. But firstly we need to state what may seem obvious;

It can go completely invisible, rendering the occupants invisible.

In addition to the obvious benefit of having an invisible mode of transport, there are other reasons why her plane is useful; 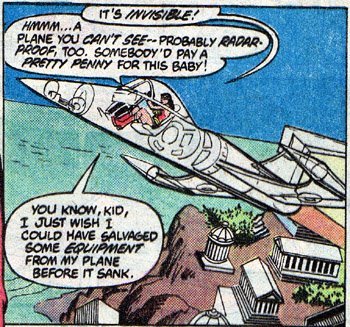 It's armed with invisible missiles that are almost impossible to evade

The plane is described as being able to generate "invisible missiles" that simply explode without warning.

It can go very fast

Her plane is described as being able to travel at speeds in excess of 2000mph, vastly faster than she can fly unaided.

You can hide it almost anywhere 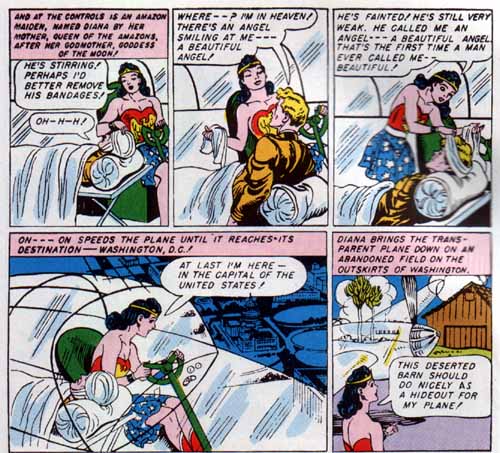 Interviewer : If you can fly why do you have an invisible plane?

Wonder Woman : That's a very fair question. I have an invisible plane to carry my invisible luggage

No honestly, I keep the plane in case I have to carry passengers or cargo

Wonder Woman's Invisible Plane/Jet is invisible because in 1941, the idea of an invisible, super-fast, stealth plane was considered to be the most fantastic idea imaginable.

As for being able to see her through the plane...I hate to break it to you, but Wonder Woman is supposed to be invisible while she is in the Invisible Jet...

Just bear with me a moment:

This is the suspension of belief for the sake of the story. Her jet is invisible from the outside and so is she while she's in it. Just run with it. 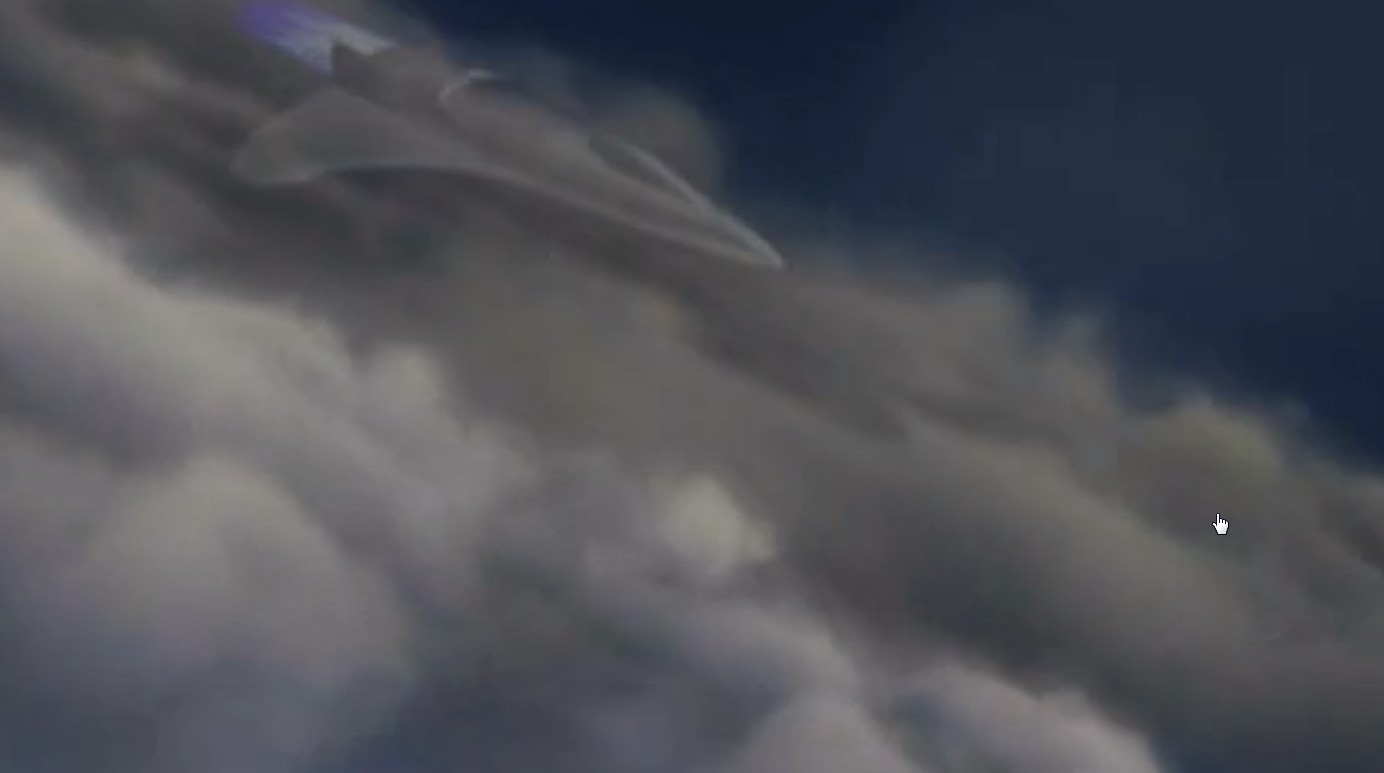 From 2009 animated feature, Wonder Woman. The Invisible Jet from above as seen while leaving Paradise Island. Note the lack of visible passengers, yet the plane is still translucent to the background. 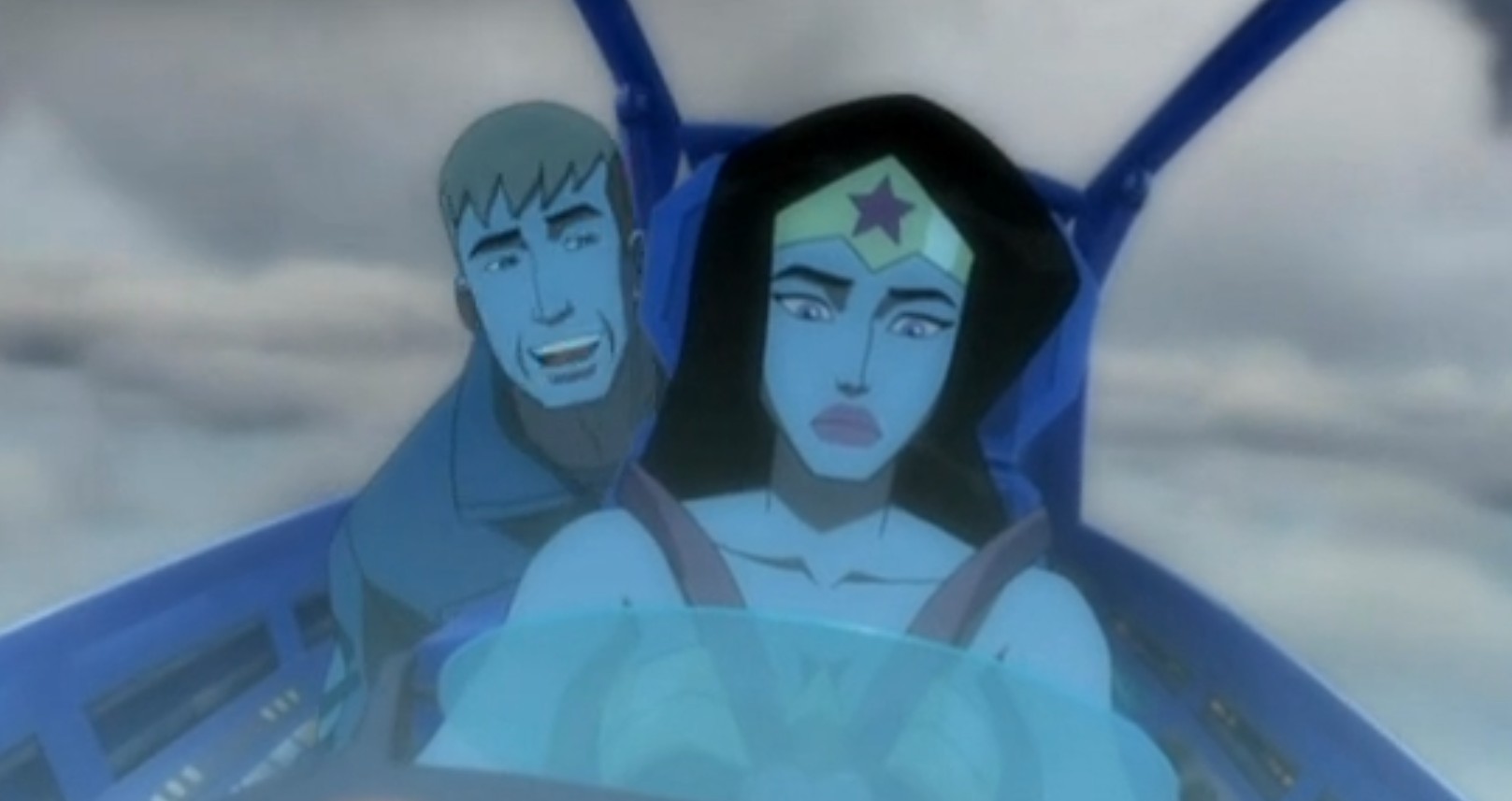 Inside of the Invisible Jet is NOT invisible, which makes perfect sense if you wanted to have a plane with a control interface. If your plane is mentally piloted (as the Pre-Crisis device was supposed to have been) then you don't need to see anything inside.

My own take on this....I have to laugh. I believe that an originator of the idea when asked how WW gets around said "...she travels on the invisible plane" i.e. like on the "spirit plane". But some idiot illustrator took his words literally and he drew an invisible aircraft. Which just seems daft. To travel through the "invisible plane" and so appear anywhere feels just so much more appropriate - Goddess-like - and properly cool. ...whilst siting in mid-air in an invisible aircraft... really!!!

Not the answer you're looking for? Browse other questions tagged dc wonder-woman vehicles or ask your own question.