Who is Major Victory, and why does he have Captain America's shield?

I was reading the Guardians of the Galaxy volume one and suddenly a character known as Major Victory got unfrozen (same as Captain America) and he appears to have Captain America's shield. 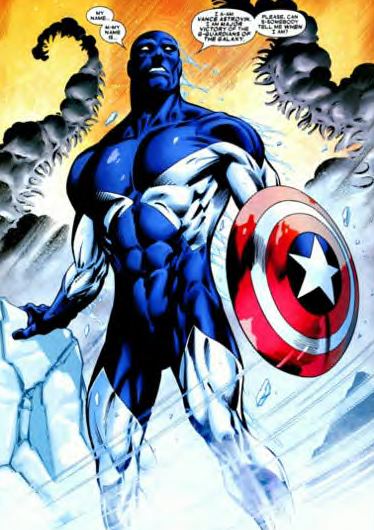 Could anyone shed some light on this?

The story you're reading is set substantially into the future. Since Captain America's shield is indestructible, it makes sense that it's still extant.

Per the Marvel Wikia page on Captain America's Shield;

In several alternate timelines, the shield survives and comes to be possessed by other significant individuals. In late 37th-early 39th century, Nathan Dayspring and Tetherbood lead a squad of the Clan Rebellion to obtain the shield, which Nathan used to inspire liberty and justice in his followers and bore into many battles, until it was ripped from his arm.

On Earth-691, Major Victory acted on rumor and legend to find the shield, which he used as a symbol to rally the warring people of Earth after they were freed from the conquering Badoon in the 31st century.

Not the answer you're looking for? Browse other questions tagged marvel character-identification captain-america guardians-of-the-galaxy or ask your own question.

16
Why do the Guardians of the Galaxy have Captain America's shield?