Did any Jedi ever choose to forgo using a Lightsaber?

Okay, so everyone knows that somewhere along the line it became tradition that, as one of the final tasks of their training, Jedi must construct their own lightsaber.

I was just watching an episode of Clone Wars where this old Jedi didn't seem to carry one (though he later pulled it out of his cane).

This got me wondering though, discounting any who may have been "left overs" from before the time of this tradition, were there ever any Jedi who - for whatever reason - opted to forgo using a lightsaber at all, and carried out their Jedi duties relying strictly on their Force skills?

Obviously, I would assume they still would've had to go through training in saber use during their time as a youngling and maybe even as a padawan. I would also assume if there were such a Jedi, that his Force skill would be MIGHTY impressive!

Jedi Master Fay chose not to use a Lightsaber as she did not require one. She roamed the galaxy guided by the Force and was so strong in the Force that she was able to bring harmony to many of the planets she visited by using her extensive knowledge of the force. Even whilst fighting Asajj Ventress she did not need one and was able to break through her mind to incapacitate her. Asajj did wound her by stabbing her through the back with her dual lightsabers. The wound would not have been fatal as her knowledge and strength in the force would have allowed her to heal; however, to save Kenobi and to save the antidote to the Seperatists' swamp gas weapon, she had to impart her energy to him so he could carry the cure back to the Jedi Temple.

Two that I can find

But we are digging pretty deep into Expanded Universe territory, canon-wise. 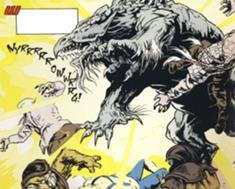 Thon was a secretive and often reclusive male Tchuukthai Jedi Master who lived in the period surrounding the events of the Great Sith War. He kept the details concerning his race, homeworld, and origins a closely guarded secret, and possessed extensive knowledge of the Force even in as-yet-unknown techniques.

He carried a lightsaber, in fact it was pretty much the only thing he did carry routinely - but did not routinely use it:

He told his new apprentice that she would use her Adegan crystals to build a lightsaber, though Sunrider was reluctant to ever use such a weapon again; she had only killed with Andur's saber hesitantly, and was disinclined to do so again. Thon explained that her previous experience with the weapon had been in self-defense, and that she had already shown great skill with the blade. The red-haired Human persisted, noting that Thon did not use a lightsaber, and that she would only accept his tutelage on the condition that she did not have to use a lightsaber.

Then there is the Unidentified Tree-Like Jedi:

A female treelike Jedi was a member of Luke Skywalker's Jedi Praxeum on Yavin 4 by 23 ABY. Despite being able to move at a slow pace, she would often stand still in the sunlight, contemplating the Force and her place in the universe.

Again, she could use a lightsaber, but generally did not:

Despite her plant-like nature, this Jedi was capable of using a lightsaber. She would hold the knobby weapon in a curled, handlike appendage. However, members of her species did not have enough stamina to engage in real duels, since the mere act of using the saber to cut through a tree trunk would drain them from their energy.

She found other means:

During the Second Imperium Crisis, the treelike Jedi was tasked with protecting the academy from potential invaders. She once stopped two Dark Jedi intruders from the Shadow Academy by crashing a dying Massassi tree trunk on them. However, this single feat had drained many months of her energy reserves, and it took a long time to recover from this intervention.

So yes, but expect to go off the beaten path in terms of Jedi to find them. As Obi-Wan said, the lightsaber is an elegant weapon and pretty much stock and staple for the Jedi.

And no, I am not about to count Skippy the Jedi Droid.

Exar Kun's first master, Vodo-Siosk Baas, routinely did not use a lightsaber. He had the capacity, but simply chose not to. He was capable of augmenting the strength of his simple wooden walking stick (think Yoda) to the point where it could handle a lightsaber strike. This was not something he did regularly, however, as he was actually a celebrated Jedi artisan. He even humiliated Exar Kun in combat by beating the lightsaber-armed Kun in combat using only his staff once:

"Armed with a utilitarian quarterstaff that belied its Force-augmented strength, the Krevaaki Jedi humiliated his overconfident student with relative ease."

It should be noted, of course, that Exar Kun's response was to use the Force to call a second lightsaber to him, strike his master's cane with both at once, and chop Baas' "poor little stick" in half. So there were limitations to Baas' ability to augment his staff's strength; being hit by two blades wouldn't shear a lightsaber in two.

I know of no other Jedi who refused to carry a lightsaber. It should be pointed out that Master Baas did not always refuse to carry a lightsaber; he started carrying one when Kun fell to the Dark Side. But he did not carry one when he was teaching his apprentices lightsaber combat techniques, so he obviously possessed impressive strength in the Force.

As pointed out by @Jeff, Vergere went without a lightsaber for decades, but that was as part of an undercover mission. Lorana Jinzler also disposed of her lightsaber before allowing herself to be captured, as possession of a lightsaber would have marked her as a Jedi. Other than these relatively unique examples, which were largely non-voluntary, Jedi preferred to carry their lightsabers at all times. Many Jedi didn't bother to construct their own lightsabers, but used others that were given to them, such as Princess Leia and Mara Jade Skywalker.

To the best of my knowledge, there has never been a Jedi in the Expanded Universe who, having the opportunity to do so, did not possess and use a lightsaber. Leia, technically, did not construct her own lightsaber, and there were scattered others who used a lightsaber that was not of their own construction (Kyp, as a Dark Jedi, was given one).

There are also Jedi who did not have lightsabers due to various circumstances. Vergere was without a lightsaber for years in what amounted to a deep-cover infiltration mission.

The lightsaber, though, has become the icon of the Jedi. It is more than just a weapon, it is a symbol. Even after the Jedi had been gone for years, when Luke pulled out his lightsaber to intervene in a rapidly-deteriorating situation in a cantina (I believe this was in the Jedi Academy Trilogy) the symbol was instantly recognized and his status as 'Jedi' was taken for granted. One of the participants immediately called upon him to render judgement, and all parties involved accepted his judgement unequivocally, despite none of them being happy with the final decision.

In fact, it can be argued that a Jedi who hasn't built or used a lightsaber is hardly a Jedi at all. 'Jedi', as it happens, is a title and an Order, and one can use the Force without being a member of that order (or attaining that title).

Actually there was an ithorian jedi master, who perfected the art of battle meditation and healing, who refused to touch a saber. He was with a strike team sent to Tython to kill Darth Bane.

They did not succeed.

Not the answer you're looking for? Browse other questions tagged star-wars jedi lightsaber or ask your own question.

69
Why does a lightsaber turn off when a Jedi dies or drops it?
34
Did any lightsaber ever run out of power?
20
When did Jedi start using lightsabers?
13
How do any Jedi still have hands?
27
Is Anakin's lightsaber the only one remaining from the 'Clone Wars' era?
2
Did any Jedi ever have an orbalisk?
11
Has a Jedi ever set a trap off with their lightsaber?
7
Why do Jedi practice lightsaber dueling, and not blaster fire deflection techniques?
11
Was it illegal for a non-Jedi to use a lightsaber in the Republic?