Did Luke Skywalker kill any innocents when he was Darth Sidious' apprentice?

In the EU, Luke becomes the reborn Sidious' apprentice. During this time did he kill any Jedi or innocents, like Anakin did, to fully turn to the dark side?

It was then that the resurrected Emperor struck. Using his dark powers to create a powerful Force storm, he swept Luke Skywalker to Byss. There, he revealed himself to Luke, and revealed the power of the dark side. Faced with an immortal foe, Skywalker did the unthinkable — in order to defeat the dark side from within, he knelt before Sidious, and submitted himself as the Emperor's new Sith apprentice

I've had a look through the Dark Empire series of comics and I'm pleased to confirm that Luke doesn't really do anything especially evil after he (sort of) turns to the Dark side.

After evidently submitting to the newly reborn Palpatine, he smacks Leia and Han about a bit. He steals the command codes for Palpie's fleet, smacks Leia about a bit (again) then turns back to the Light Side of the Force with Leia's help and together they kill the Palpatine clone. 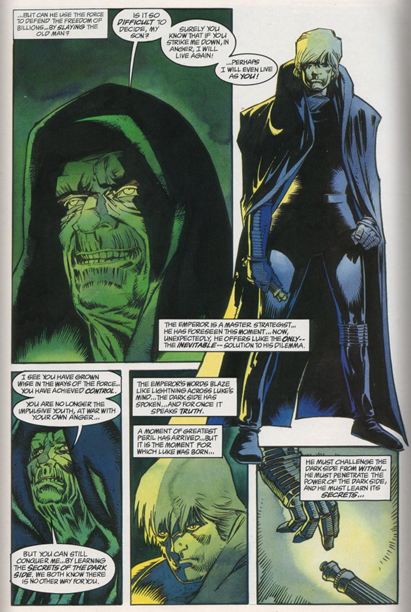 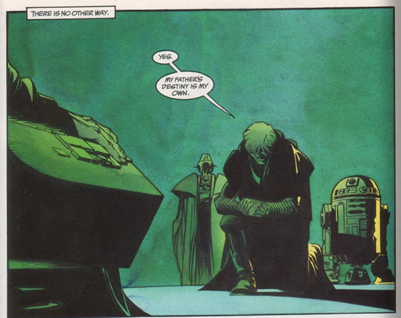 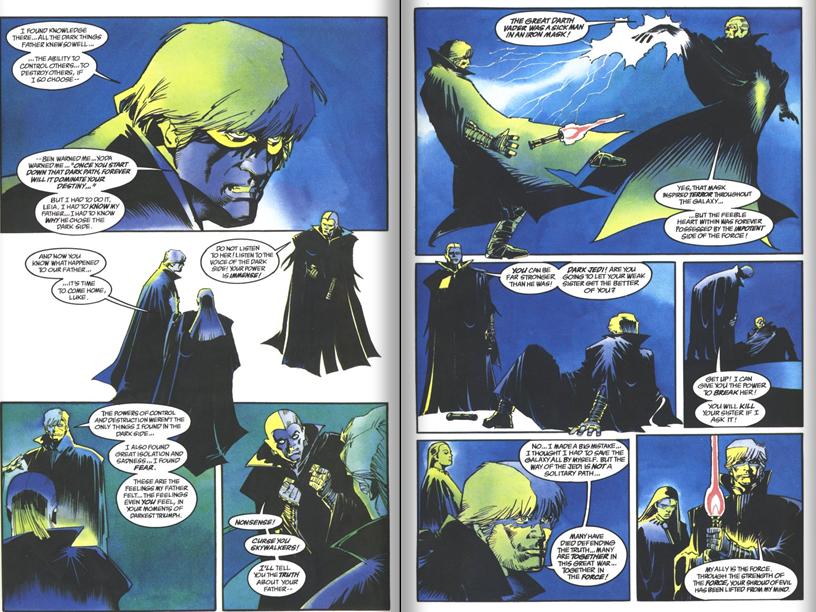 30
Did Luke Skywalker go to the Dark Side?