How does stun work with blasters in Star Wars?

I understand that blasters are not lasers - and it makes sense that a bolt of plasma would have the damaging, explosive effects we see in the show (and reasonable that they are moving slower than light). However, things get a bit fuzzier when we look at the stun setting. From the wikia entry for the trusty E-11:

The power settings ranged from stun to kill. The rifle also had a rapid-fire mode with an expanded fire area, at the cost of poor accuracy. The stun settings could also be set to varying levels, including humanoid, depending on the target. When in stun setting, the blaster fires a blue concircular ring of energy, a product of the stun setting's wasted photonic energy byproducts. However, the stun bolts have a larger aperture than standard explosive bolts.

Which begs several questions - like can the E-11 shoot a stun bolt before firing a normal bolt if it is a "byproduct"? How does a circle of "photonic energy" short circuit someone's nervous system as opposed to just burning them?

And how does it maintain its circular structure in flight? It sounds like a stunning smoke ring, but behaves like solid energy. Ahsoka deflects many of them in the (excellent) Clone Wars season five finale, and they maintain shape and then turn into a cloud when struck: 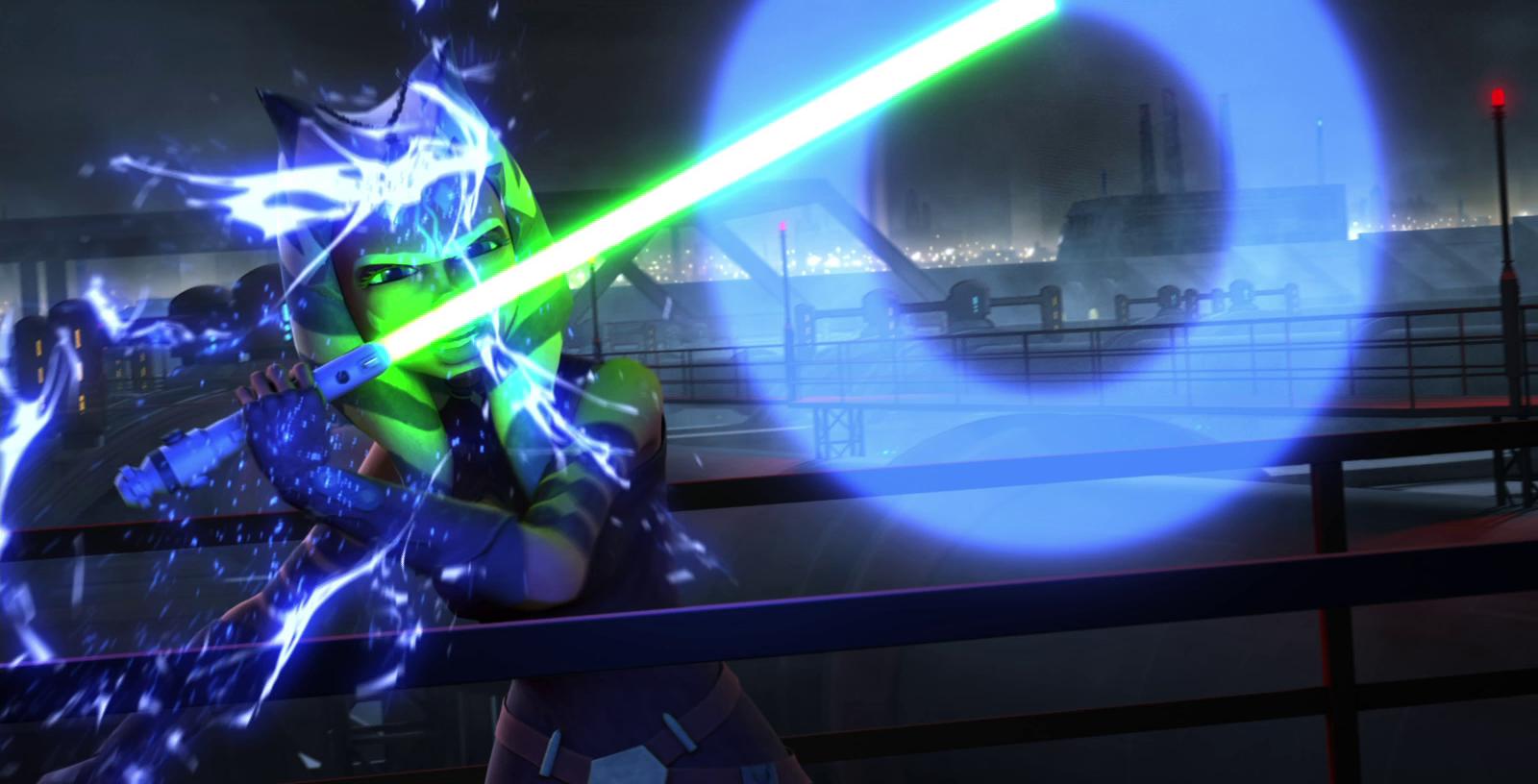 To keep this from being multiple questions at once, let me sum it up with: is there any more specific explanations in-universe as to how the stun setting works?

Short answer: The focal length of the weapon is altered enough to emit a cloud of electrons rather than the tightly bound plasma bolt normally seen. This could cause a short lived electrical discharge capable of stunning a target.

It is unlikely you will get anything more cogent from the wikis.

BUT (acknowledging supposition on my part):

Yes, this would be filled with "hand-wavium" but given the nature of how compact and powerful the weapons of the Empire are and the fact they can create batteries powerful enough to maintain light-sabers, there should be little to dissuade anyone of the idea of changing the focal length of a plasma weapon to get a variety of discharges including ionized clouds of electrons capable of stunning a target.

Not the answer you're looking for? Browse other questions tagged star-wars blasters or ask your own question.

69
Why do blaster bolts move slower than the speed of light?