This question arises from the fact that I have listened to the audiobook for Anathem, and thus, have not read the text.

Near the end of Apert during the chapter "Plane" Erasmas describes the fashion of Slines. He says that they are enormous, wearing things descended from jerseys that are so over-sized they hang past the knees, with pants that are too short for pants but too long for shorts (thus exposing a few inches of massive calf) and dark goggles strapped over a hat.

He uses a word to describe this garment that I cannot identify. It sounds like Berneuse but I can't find anything resembling clothing attached to that word.

What is the thing he is describing?

I am sure that it is not an invented word, as many are, because he did not invent any of the other garments he describes and it would serve no purpose (would not enhance or help convey the story).

I think the word you're describing is a 'Burnoose' (pron. "burr-noose"), a 'long cloak of coarse woollen fabric with a hood, usually white in color, worn by Berbers and the Arabs throughout North Africa'.

In Anathem it's mentioned several times;

Normally this was concealed by his trailing burnoose, but when he turned away from me I saw it clearly... 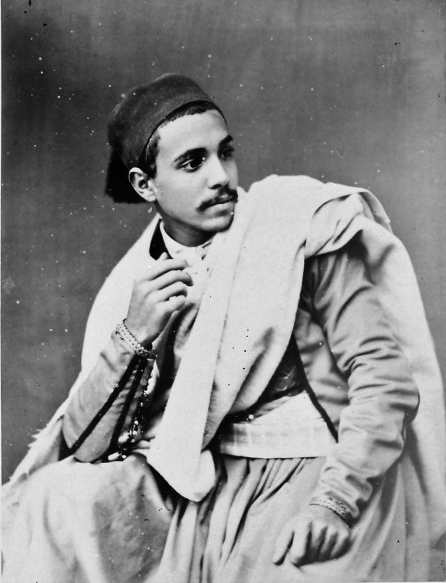 Headgear was a burnoose blazoned with beverage logos whose loose ends trailed down the back, and dark goggles strapped over that and never removed, even indoors.

The burnoose is a traditionally Arab garb. It's a long cloak with a hood.

Not the answer you're looking for? Browse other questions tagged anathem or ask your own question.