Who or what is the Great Intelligence?

In chat, the question came up who the Great Intelligence is. As it turns out, there is a deep connection between Dr. Who and the Cthulhu mythos. To preserve that conversation and possibly expand on the answer, I'll repeat Slytherincess's question here:

Who or what is the Great Intelligence?

The Great Intelligence is a member of a race of beings, known as the Great Old Ones, that existed in the Universe prior to our own. It's originally known as Yog-Sothoth, and they escaped the destruction of their own universe by going to a parallel universe that ended a second after theirs, and then shifted once more into the new universe (ours). It had no physical form in our universe for a while and was originally described as a cloud.

Originating from the universe before this one, Yog-Sothoth and his brethren survived the end of their universe by passing through a parallel universe/dimension that ended one second after theirs. Shifting again allowed them to enter the current universe shortly after it began expanding. (PROSE: All-Consuming Fire, Millennial Rites) Like the other Great Old Ones, it may have lost its body when it ran from the Fendahl. (PROSE: White Darkness) The Intelligence constantly sought physical existence to replace being a shapeless, formless cloud hanging in space. (TV: The Web of Fear)

It took a few forms throughout the years...

A pyramid of control spheres in the Homevid Downtime and The Abominable Snowmen..

When not using a living being, it maintained a basic manifestation as a three-sided pyramid composed of control spheres (TV: The Abominable Snowmen) or ivory. (HOMEVID: Downtime)

Then after getting enough mental energy and feeding for a while after Bells of Saint John he formed his own body via host of beings known as The Whisper Men though it wasn't complete physical manifestation.

The Whisper Men could morph into the appearance of Walter Simeon at will, and much like the human embodiment of the Great Intelligence, seemed to be hollow on the inside, or unreal. They moved slowly, and lacked features, except for extremely white faces with blackened skin around their mouths and sharp teeth. They had angular faces with vague depressions where eyes should be, and exaggerated chins and cheeks. They wore the same Victorian garb as the Great Intelligence's form as Walter Simeon. (TV: The Name of the Doctor) 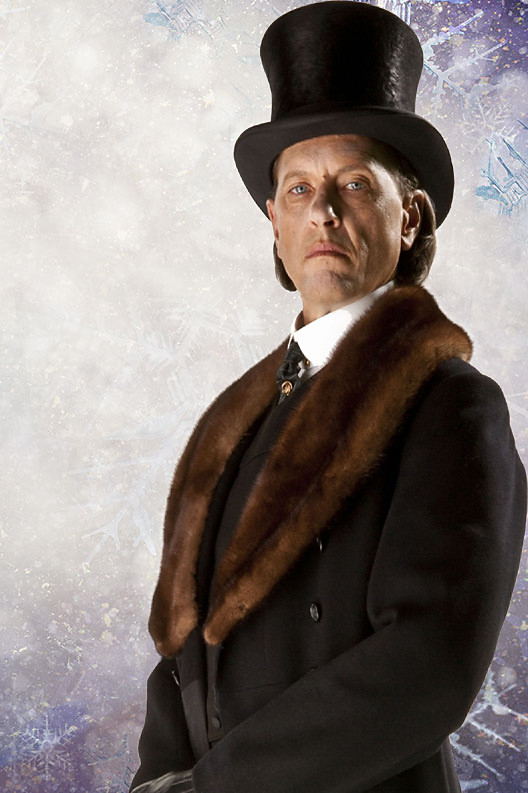 According to the TARDIS wikia on the Great Intelligence:

The Great Intelligence, which usually referred to itself simply as the Intelligence and was originally known as Yog-Sothoth, was a disembodied sentience who attempted to find a body and physical existence.

The Great Intelligence's exact nature was a mystery. The Second Doctor thought the best way to describe it was as a "formless, shapeless thing, floating out in space like a cloud of mist, only with a mind and will." (TV: The Web of Fear). Both Lethbridge-Stewart and the Eleventh Doctor identified it as a mind parasite, whereas the Intelligence considered itself a mass of thoughts with a single thought.

Not the answer you're looking for? Browse other questions tagged doctor-who cthulhu-mythos or ask your own question.

8
In what order should I read the 'extended' Cthulhu Mythos?
30
Who exactly is the Valeyard, considering the events of Time of The Doctor?
2
Which entity of the Cthulhu Mythos does Mary meet
8
Why do Hastur & Cthulhu hate each other?
6
Why didn't Clara say the Doctor's name?
54
Where did the phrase “Iä! Iä! Cthulhu fhtagn!” first appear?
18
What works did Lovecraft and his “Cthulhu Mythos” draw from?
5
What and Why is Collier uncovered during “The Will of Stanley Brooke”?
9
Are there any unexplained allusions among the captive minds in Lovecraft's “The Shadow Out of Time”?