Why did Dredd not take the first cop's bullets?

I watched the 2012 Dredd movie last night and in the scene when he has a shootout with the two cops, he takes the ammo magazines from the second cop that gets killed because Dredd runs out of bullets. But, before Dredd had a shootout with the two cops, he was already low on bullets and faced one separate cop on his own. After he killed that first cop why didn't he take his ammo magazines?

It doesn't seem like a mistake Dredd would make in forgetting to take the ammo as he is very precise and particular with his actions.

Having seen the movie recently, I completely agree: by that point, Dredd is low on ammunition and would have no compunctions about taking ammo from the outlaw Judge he killed. It also would not have taken long for him to do so, so he was not forced to leave it behind due to time constraints.

The only reasonable explanation I can think of is that he was unable to do so. Perhaps the Judge he killed first had no spare ammunition? If he had been on a busy patrol before being called in (or had been using rounds enforcing other illegal activities) he may have been low on ammunition, having only the clip in his magazine. It would seem pretty sloppy, but he is a corrupt Judge - he likely doesn't stick to the Book the way Dredd does. He also wouldn't see a need to have full ammo before confronting Dredd - he expected to kill Dredd without problem, ambush-style. A few rounds to the head and the job's done.

Thus, it's possible that he only had the rounds in his weapon. Getting the magazine clear of his Lawgiver might be a process that only he could do (or someone at the armory, with an override code). He also may have carried his additional ammunition in a pouch or pocket sealed by a similar lock that only he could open.

We can't be sure which it is, but the only reasonable excuse for Dredd not having his ammunition after executing the outlaw Judge is if there was no retrievable ammunition.

The reason he didnt take the first judges ammo is because he didnt have time.

Just before the first judge dies he gets onto his radio and tells his backup to "hurry". Then Dredd punches him knocking him right to deaths door.

After a cut scene we see the two judges who are his backup approaching the place and they see the first judge drop to his knees and die.

Only a second or two could have passed between Dredd punching him and him dropping to his knees and dying and that just wasnt long enough for Dredd to get the ammo from his belt.

We are so used to movies doing things sequentially that it seems odd to us when they don't.

I would bet on it being his resolute adherence to the law. The bullets aren't his, so he has a mental block against taking them. When he's entirely out of ammo, he's able to cast it in his mind as being appropriating necessary resources, something police are, in general, authorized to do.

From an out of universe reason, it was to add tension to the later scene of him running out of ammunition, thus leaving him at a reduced capability to protect himself, and continue to hand out justice. Basically the writers needed a reason to have Judge Lex say the line about "quaking in my boots, if you didn't just run out of bullets!".

In universe there really is no justification for Dredd not resupplying on the spot. Ammunition would be considered for communal use, especially given the circumstances. Dredd is also shown to be a combat pragmatist, and maintaining fighting readiness would be a top priority.

If we use the comics as a reference, the Lawgiver (the firearm used exclusively by Judges) uses unique ammunition that is likely NOT compatible with most weaponry used in Megacity One. This lack of compatibility is a purposeful one allowing Judges to have access to multi-function ammunition. 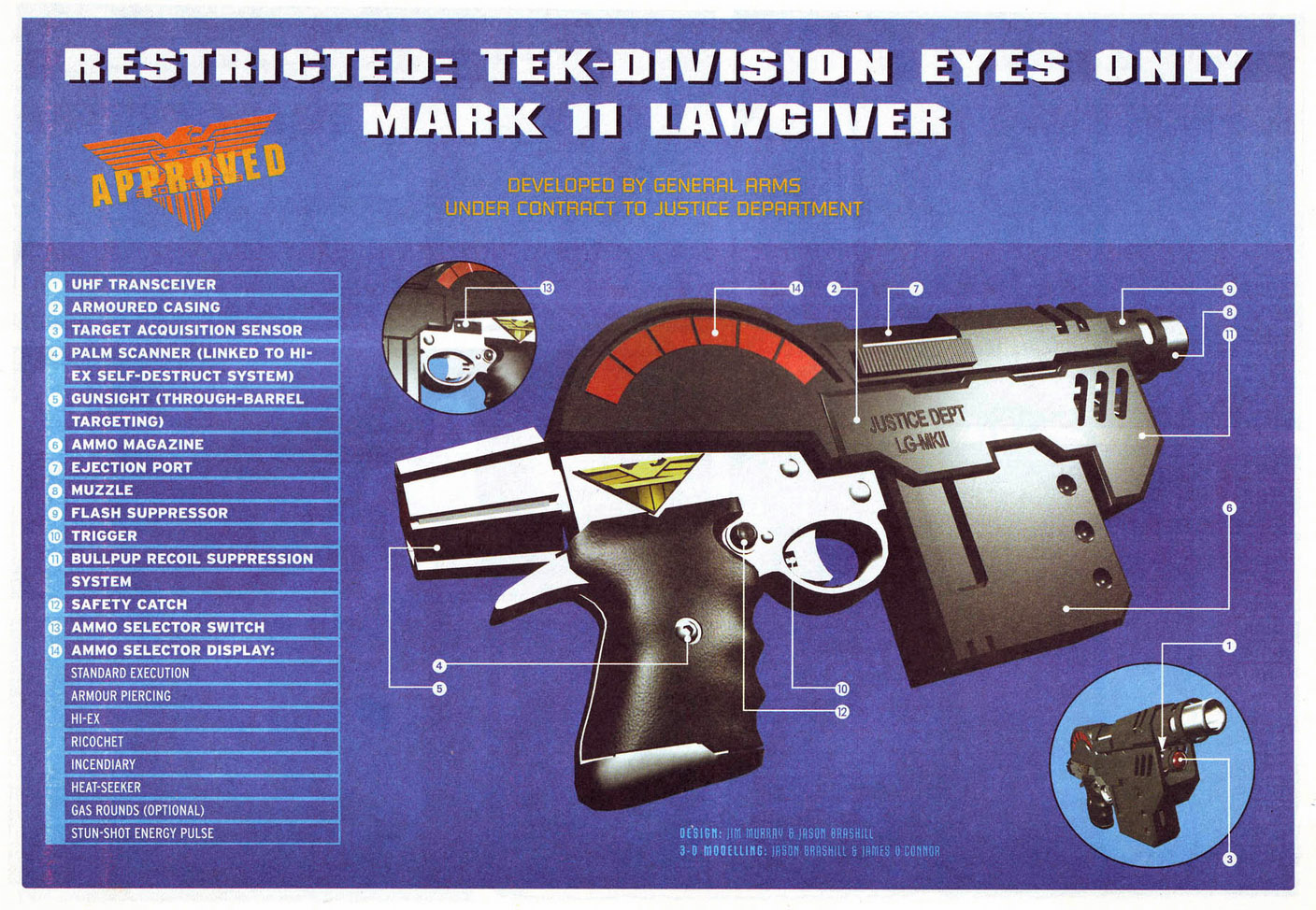 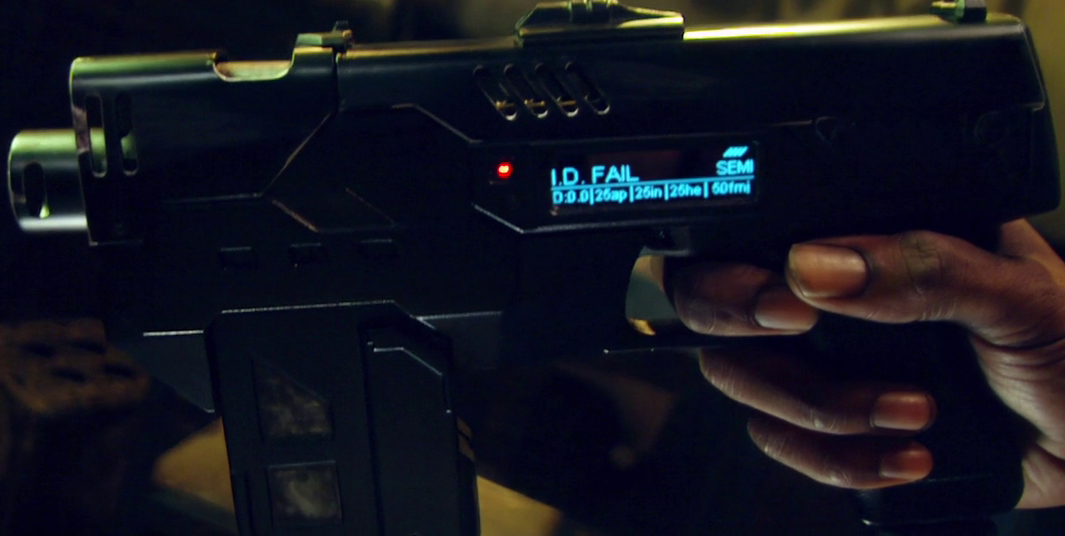 The Lawgiver has been shown to be slightly less capable in most movie depictions where it has more than one feed chamber feeding a variety of ammunition, allowing it to run out of one type of ammo but retaining others.

Not the answer you're looking for? Browse other questions tagged movie dredd or ask your own question.

13
What does Anderson sense about Judge Dredd in the movie?
3
Was the unnamed techie in Dredd a cyborg?
3
Why doesn't Judge Anderson wear a helmet in Dredd
7
How does the court system work in the Judge Dredd universe?
6
Why did Dredd nuke Mega-City 2?
6
Searching for a 80s/90s alien sci-fi (tv?) movie inspired by Lonnie Zamora incident
18
How do people breathe in the Dredd universe?
1
How does Dredd know the driver is under the influence of narcotics?
13
What vampire movie is this?
11
Movie about two cops investigating and fighting with green-blooded, zombie-like people with superpowers