I am looking for novel from 50's or 60's.The book is about a "dream" which he is shown how to wind a coil. He winds it and almost goes through the wall. He later builds a spaceship out of concrete and uses the coils for drive. if i remember he was a owner of some construction company.. thats it there is no more.. please help

You're likely thinking of "The Wailing Asteroid" (1960) by Murray Leinster. A favorite of mine as a kid, only last year did I find the movie based on it: "The Terrornauts" (1967) (adaptation by John Brunner) 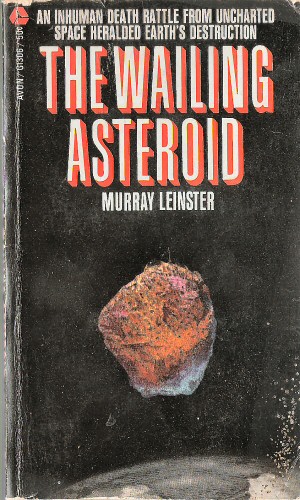 Now, very reflectively, he plugged in a metal lathe and carefully turned out a very tiny specimen of the peculiarly-shaped magnetic core. He wound it by hand, very painstakingly. It was a tricky job. It was six o'clock Saturday morning when the specimen was finished. He connected the leads to a storage battery and threw the switch. The small object tore itself to bits, and the core landed fifteen feet from where it had been. Burke beamed.

9
Children's Science Fiction Novel: girl from future visits ancient humans, boy believes she is a magical spirit
6
Looking for SF novel from the 70s
22
Fantasy story about a magic sword with limited “charges”