How did I Am Legend predict a "Superman vs Batman" movie?

I remember that when watching I Am Legend a while ago, I noticed an advert for Batman vs Superman on a billboard (in the film itself).

I think this was when Batman Begins had recently come out. At the time it made me think there was a reason they'd put that in. It just made me wonder whether they had some insider information that this film was being planned, or if it was just a very good guess (although out by a couple years).

"I Am Legend" was produced in 2007 but Warner Brothers had already heavily trailed the possibility of a Batman/Superman crossover film as early as 2004, going as far as confirming a Director and Head of Studio (neither of whom ultimately ended up working on the project).

The logo used in both "I Am Legend" and the upcoming "Batman Vs Superman" film is a variant of the Superman/Batman logo used in the crossover comic of the same name back in 2003.

It's also worth mentioning that the Producer of I Am Legend (Akiva Goldsman) was also involved in rewriting an aborted Superman/Batman film screenplay as far back as 2002. You can read the failed screenplay here. Putting the logo in the film may have been a subtle jibe at Warner Bros. 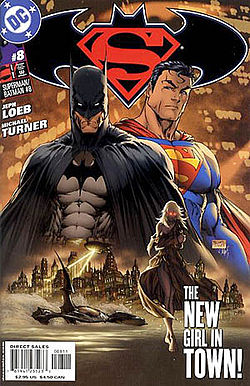 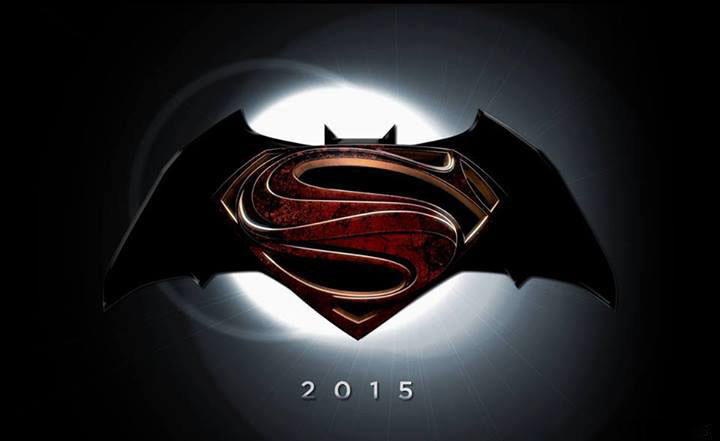 Director Francis Lawrence has confirm this info in a recent interview with Collider. It was indeed down to Akiva Goldsman that the logo was chosen (hat tip to @collinvanuden) for the link.

I am Legend is a Warner Bros movie. There are multiple easter-eggs in the movie pointing to "future" WB movies. You have that Superman/Batman sign (the Superman logo in that one is the one used in Superman Returns with Brandon Roth), there's also a Green Lantern movie poster in the video store as well as a Teen Titans movie poster.

WB owns DC comics so them putting in those little bits was a mix of fun and a way to get fans talking at a time when all of those projects were in development. Superman/Batman was ultimately scrapped due to the critical failure of Superman Returns, Green Lantern happened and I don't know the fate of the Teen Titans movie.

The reason that it was there is that the producer and writer of I Am Legend, Akiva Goldsman, actually wrote an early draft of a Batman and Superman movie.

Lawrence and Goldsman decided to include the Batman and Superman logo as a fun idea of what movies would have been released when the plagued hit. Lawrence also revealed that when he recently ran into Goldsman that he told him that they never even got permission from Warner Bros. to include the Batman and Superman logo. However, since I Am Legend was a Warner Bros. movie they really couldn’t sue themselves.'

Not the answer you're looking for? Browse other questions tagged i-am-legend or ask your own question.