OK, this is driving me nuts. About 20 years ago I remember reading a scifi novel where the kids got in an argument with their father, a scientist of some type. Dad had access to some technology that could edit the words in an already published book and he used it to make it looks like the kids were wrong by changing the words in the book they were referencing. Basically, literally rewrite history. Does anybody know the title?

Two books spring to mind (but I'm not sure either is correct).

First, Jasper Fforde's Thursday Next series (started in 2001) has as part of its plot the characters in a book can change how the story goes at times.

Second, there was an old Superman book, Eliot S Maggin's Superman: Last Son of Krypton (1978), where Lex Luthor argues with a teacher about a historical fact. When the teacher references the book, Lex had made it appear as if the words supported his version.

Jenayah suggested that I repost my answer to Mother & son flee step-father with an airstream trailer; machine that can change printed text. Maybe it's a match for you?

As per this other person looking for the same book, Wordchanger by Mary Haynes. 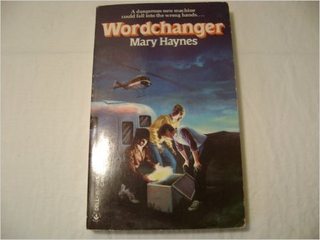 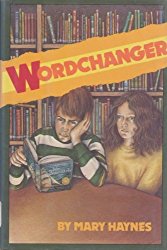 An update, having read Wordchanger this evening:

9
Collection of youth short stories about aliens 1990-1994ish
5
Book series with weird family, witch mom
16
Science fiction novel about an assassin's guild that claims to be apolitical (while doing the local tyrant's dirty work)
19
Book about magical siblings and 3 different worlds
10
Scifi novel about a prison station in the sun that turns into an alien invasion
9
Looking for title of a sci-fi book about dystopian future with implantable devices