What is the title of a 80's (i believe?) movie where humans in the far future are going extinct, and are aquiring new humans by going back in time to todays world, kidnapping air travelers that are known to have died that day, from the flying passenger aircraft just before its crashing. 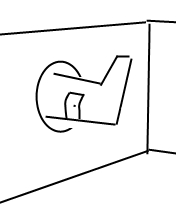 Inside a hangar, a time portal opened, and a tail of a (flying) passenger aircraft extruded into the hangar where a stairs provided access to the back door of the aircraft.

The kidnappers made sure the surviving passengers remain seated and would forget about the whole ordeal. Kidnapped humans got replaced by lookalike dummies, including things they had on them. They tried hard not to alter the timeline.

I agree that the movie referred to is probably Millenium.

If memory serves well; the replacements where either human (like) 'blanks' or generic 'clones'. I am probably wrong on this!

Also, the rescued humans did not stay in the same 'root' time or place as their rescuers. Rather, they were sent to another time and / or place (possibly another planet) in order to restore the human race which was (by the root time) heading for extinction.

I'm going to have to buy Millenium now to find out!

11
Time Travel movie with a scene in a control centre that shakes whenever the timeline changes
4
Looking for proper name of 1970s film the TV Show Continuum was based on
14
Science fiction film/TV show about a plane about to crash, transferred somewhere, its passengers replaced with already dead people?
15
Short story of airplane passengers removed before a crash, by humans from the future who are in need of healthy people. Not Millennium.

10
Story with time travel into the future and uncommunicative post-humans who bury themselves
31
Title of a time travel movie involving a boy in alien armor and a girl?
15
Short story of airplane passengers removed before a crash, by humans from the future who are in need of healthy people. Not Millennium.
9
Short book involving a car crash and artificial humans
10
Show/movie with James Dean and time travel to prevent/ensure a car crash
7
Movie - 80s to 90s Era, Possible Vampire and/or Sci-Fi
30
Movie: Scientists travel to the future to avoid nuclear war, last surviving one is used as fuel by future humans
0
Mid-50s sci-fi movie in which one of the creatures flutters through the air and lands on victims heads and encloses it with its body
15
'70s era movie about pandemic and extermination system