Would it be possible to create a wand more powerful than the Elder Wand?

According to Dumbledore, the Elder Wand was not created by Death himself but rather by Antioch Peverell. So, is it not possible for a powerful wizard, such as Dumbledore, to create a wand that equals or surpasses the Elder wand? Is it even possible for another wizard to be as knowledgeable in wandlore as Antioch?

Your questions are, if I'm reading correctly: Is there any wizard [in history] who is as knowledgeable in wandlore as Antioch Peverell, and you also want to know whether a powerful wizard, such as Dumbledore, could create a wand that equals or surpasses the Elder wand?

Mr Ollivander is arguably the finest maker of wands in the world, and many foreigners travel to London to purchase one of his wands in preference to those on offer in their native lands. Mr Ollivander grew up in the family business, in which he showed precocious talent. He had the ambition of improving upon the cores and wand woods hitherto used and from his earliest days conceived a single-minded, even fanatical, determination in his pursuit of the ideal wand.

and also from Pottermore:

While there was initially substantial resistance to this revolutionary way of crafting wands, it swiftly became clear that Ollivander wands were infinitely superior to anything that had come before. His methods of locating wand woods and core substances marrying them together and matching them to ideal owners are all jealously guarded secrets that were coveted by rival wandmakers.

"Anything that comes before" would include the Elder Wand. It has not been excluded. There is no caveat from J.K. Rowling stating, "Ollivander wands were infinitely superiour to anything that had come before ... EXCEPT FOR THE ELDER WAND!"

So, yes, a very prodigious wizard or witch wandmaker could -- and has, in the case of Mr. Ollivander -- crafted a finer wand than the Elder Wand. Ollivander knows more about wand-making than Antioch Peverell.

Taking the last word, Dumbledore sets the record straight on the Elder Wand and its supposed superiority:

What must strike any intelligent witch or wizard on studying the so-called history of the Elder Wand is that every man who claims to have owned it has insisted that it is “unbeatable”, when the known facts of its passage through many owners’ hands demonstrate that not only has it been beaten hundreds of times, but that it also attracts trouble as Grumble the Grubby Goat attracted flies.

Ultimately, the quest for the Elder Wand merely supports an observation I have had occasion to make many times over the course of my long life: that humans have a knack of choosing precisely those things that are worst for them.
Tales of Beedle the Bard - Page 104 - Bloomsbury - The Tale of the Three Brothers - Albus Dumbledore's notes 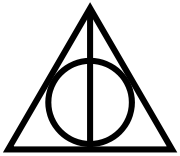 According to Dumbledore, the Elder Wand was not created by Death himself but rather by Antioch Peverell.

We don't know whether the Elder Wand was created by Death or not. Dumbledore just points out that it was most likely a Peverell brother that crafted it - but we cannot be certain.

So, is it not possible for a powerful wizard, such as Dumbledore, to create a wand that equals or surpasses the Elder wand?

What makes the Elder Wand so powerful? Was it, truly, the crafting?

Throughout The Deathly Hallows we learn that wands develop along with their owners, and they get stronger along with them. Turns out that the Elder Wand has passed from one powerful wizard to another for centuries.

Skilful crafting may have influenced the strength of the Elder Wand, but it seems pretty clear that what makes this wand truly exceptional is the fact that it has grown with the power of countless wizards. More so with the fact that they all out-powered the last owner.

The reason we don't see other super wands is attributed to the fact that, traditionally, a wizard is buried along with their wand. So it is pretty hard for a wand to pass down through history gathering the same strength that the Elder Wand did:

Most witches and wizards prefer a wand that has "chosen" them to any kind of second-hand wand, precisely because the latter is likely to have learned habits from its previous owner that might not be compatible with the new user's style of magic. The general practice of burying (or burning) the wand with its owner, once he or she has died, also tends to prevent any individual wand learning from too many masters.

From The Tales of Beedle the Bard, page 104.

It is sentient, and manipulates its owner to attract trouble so that they get killed and the wand can grow in power. Heck, the real mastermind villain here could be a freaking wand... A wand that strives to get closer to its real owner... Death himself. Dun dun dun - now that's sequel material.

I'm not sure if there were any wands that surpassed the Elder Wand itself, but what ultimately wins in a magical fight is not the wand, but the wizard. The wand can help, but between 2 wizards, unless they are pretty evenly matched, it is likely the wand's power will not decide the outcome.

Also, many wizards have defeated owners of the Elder Wand. Not all of these were completely one-sided fights, either, where the Elder-Wanded wizard was hopelessly outmatched and could not get in a single blow. We learn about one in Deathly Hallows, in fact: one of the greatest duels in history, that ended a war and changed the world forever. That duel was between none other than Albus Dumbledore and Gellert Grindelwald. Dumbledore says the two were evenly matched "though I may have been a shade more skillful."

In this case, the Elder Wand was clearly not an extremely superior wand, if it could not help its master defeat another who was only a little more powerful. Then again, Grindelwald may have been scared of death, and Dumbledore may not have been, and this would have turned the Elder Wand off Grindelwald. In fact, Dumbledore may have partially wanted to die, as he was so distraught over possibly killing his sister. Regardless, I would argue that the Elder Wand, while a very powerful piece of wood, was not as great or mystical of a wand as everyone seems to think.

It is possible, but then one must consider the nature of the Elder wand, for the wand doesn't only have certain aspects but a variety. The power of the wand can come from any one of these: the Thestral core that connects the wand to death, the Elder wood which constantly seeks power, or its history of powerful owners, as was stated in the other answers.

But here is something: the wand is, in fact, unbeatable, should it not fail its master by wavering. The Elder wand will fail its master if it senses that the opponent is a more skillfull and powerful wizard, which is the Elder wand's greatest weakness, unlike certain wands that will not sway their loyalty, like the blackthorn wand of Bellatrix.

Also, it is not the skill and power of the wizard that make powerful wands, but the knowledge of wandlore.

12
Was the Elder Wand really that great?