Can Wolverine clone himself? [duplicate]

Ask Question
Asked 6 years, 4 months ago
Active 3 years, 5 months ago
Viewed 989 times
1
This question already has answers here:
Out of two organic lumps of Wolverine, what decides which one would regenerate to full Wolverine? (9 answers)
Closed 6 years ago.

From what I've been reading, all that Wolverine needs in order to regenerate is a single cell. No matter how badly he's been damaged, blown-up or incinerated, he's survived because, supposedly, a single cell survived and that was enough for him to regenerate. With that in mind, can he be reproduced at will simply by slicing a piece off and regenerating that into a whole new second, third, fourth, etc., Wolverine? His healing factor can obviously be stolen and transferred to another. Why not an engineered body?

Given sufficient non-damaged genetic material, it should be possible to create a genetic clone of Wolverine.

This was tested and partially successful in the creation of X-23.

Seeking to take the project in a new direction, the project's director, Doctor Martin Sutter, recruited renowned mutant geneticist Doctor Sarah Kinney and tasked her with creating a clone. Using the only available genetic sample from Weapon X, which was damaged, they were unable to salvage the Y chromosome after 22 attempts. Kinney then proposed they create a female clone, and though her request was initially denied, she still went ahead and produced a viable female subject, prompting Sutter to reconsider. Despite resistance from his protégé Doctor Zander Rice, whom he had raised after Rice's father was killed by a bestial Wolverine at the original Weapon X Project, Sutter allowed Kinney to proceed. As revenge for her insubordination, Rice forced Kinney to act as the surrogate mother for the clone, and she gave birth to "X-23."

X-23 was a genetic clone with the same powers and general temperament, but was not an exact opposite-sex duplicate. As she was only a genetic clone, she had none of the training or memories of Wolverine. 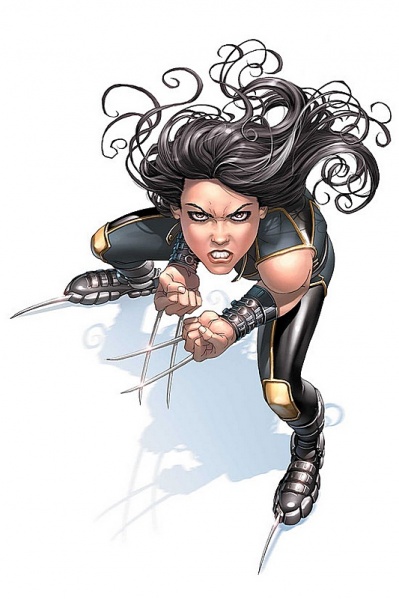 Not the answer you're looking for? Browse other questions tagged marvel x-men wolverine powers or ask your own question.

46
Out of two organic lumps of Wolverine, what decides which one would regenerate to full Wolverine?
37
How much of Wolverine has to be left to heal?