In the eleventh Pokémon movie, Giratina and the Sky Warrior, the antagonist Zero's ship is controlled by Infi, an AI with a female voice and the appearance of a female maid. 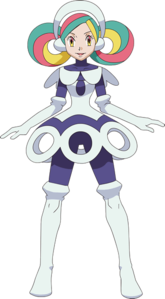 Not the answer you're looking for? Browse other questions tagged artificial-intelligence computers or ask your own question.