How many sentient bio-ships have been shown in the Star Trek universe?

We're introduced to an amazing creature, a living bio-ship named Gomtuu (called 'Tin Man' by Starfleet) who was observed while orbiting Beta Stromgren in TNG 3x20, 'Tin Man'. Through first contact specialist Tam Elbrun's telepathy, we learn that Gomtuu is actually a living and sentient starship. We also learn some of his backstory including the loss of his crew.

The two large space faring creatures featured in TNG premier, TNG 1x1, 'Encounter at Farpoint' don't qualify as bio-ships. Though these obviously sentient creatures can 'transform' into ships and other structures, they're not 'ships' in the strict sense.

Have there been any other bio-ships encountered in the Star Trek universe?

A possible candidate would be the Crystalline Entity which appeared in the "Datalore" and "Silicon Avatar" episodes of Star Trek: The Next Generation. 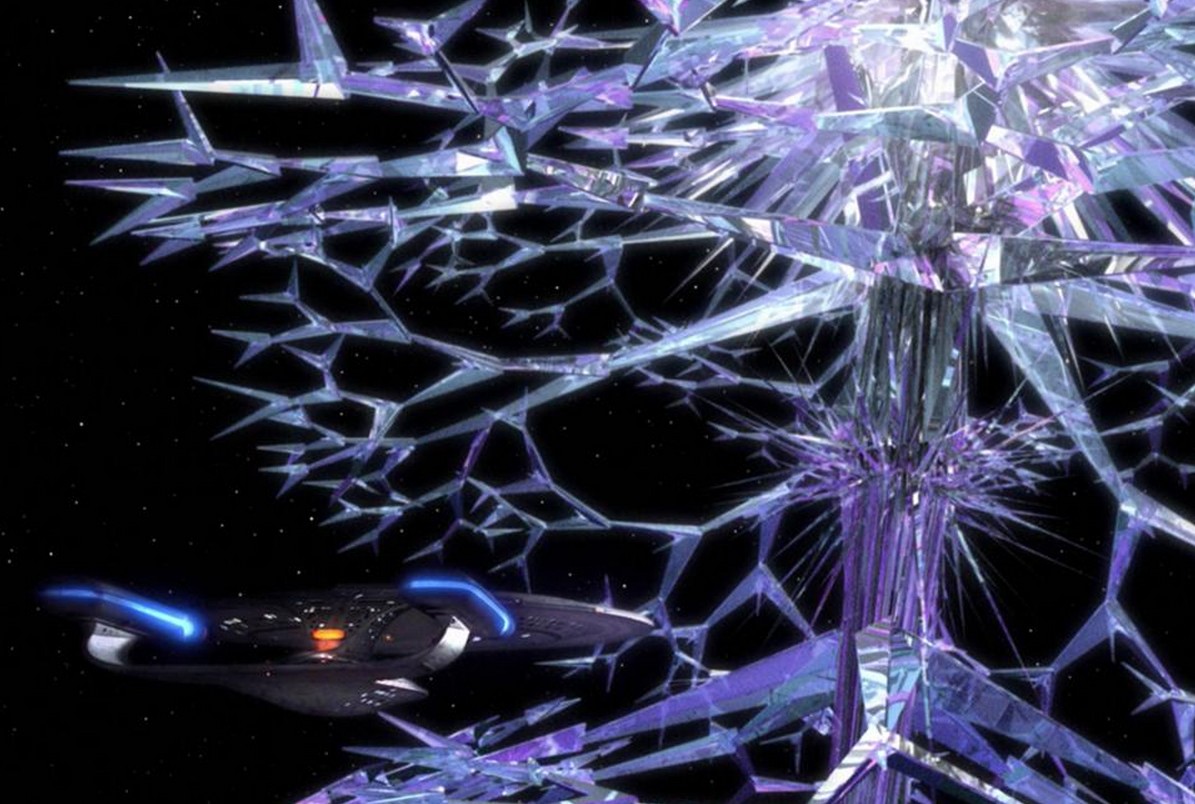 What we know about the Crystalline Entity:

In the non-canon novel "Orion's Hounds" the USS Titan encountered a number of these creatures, along with the entities seen in "Encounter at Farpoint" and other spaceborne lifeforms. These beings were given the collective term "cosmozoans".

Would you consider the Enterprise itself during a very unusual encounter?

Species 8472's (a.k.a. the Undine) ships are made primarily of organic technology, and are even referred to as "bioships" on the show and on Memory Alpha wiki. Their ships were therefore vulnerable to Voyager's bio-weapons.

Not sure if you'd consider them sentient though.

but your question is very narrow if i understand you correctly, sentient bio-ships that don't morph?

with your definition of sentient bio-ships that's the whole list, done, question answered

The episode Galaxy's Child (Season 4, Episode 16) from Star Trek: The Next Generation featured a bio-ship that latches onto the Enterprise to feed.

Not the answer you're looking for? Browse other questions tagged star-trek star-trek-tng star-trek-voyager star-trek-ds9 star-trek-tos or ask your own question.