Where did the Hood get his powers from?

The Hood (Thunderbirds) is well known for his light-up eyes in the series and twisting cuticles in the movie (see images below). For a science-fiction show/movie, these powers seem surprisingly magical. Is there any reference ever (all materials accepted) to where he got his powers from and the nature of those power (psychology experiment gone wrong!)? 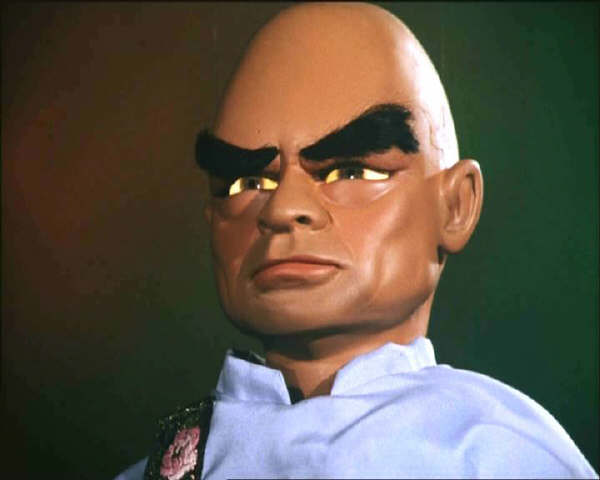 His powers are unknown in origin. It's stated so in the wikia for The Hood.

According to the TV and Comics

Throughout the series, the Hood was shown to be a master of disguise, using various masks to try and discover the secrets of the Thunderbirds machines and carry out various missions. He also possessed strange hypnotic powers of unknown origin, although these abilities were apparently limited to making people carry out simple commands, such as to follow him or put them to sleep. He was also apparently unable to use these powers to acquire information; on one occasion he attempted to force Brains to tell him the location of a lost treasure by burying him up to his neck in sand and sunlight and depriving him of water rather than simply hypnotising him to learn the answer, suggesting that he cannot make people tell him information but simply make them carry out certain actions.

According to the Film

In the film, the Hood's abilities were changed to telekinesis, allowing him to levitate himself and move objects, although his temporary control of Lady Penelope and Parker's bodies when they attempted to rescue the Tracys suggests that he retained at least some of his old hypnotic powers. However, over-use of these abilities weakened him, and—in a marked contrast to the series—his niece Tin-Tin was also shown to possess these abilities, although she only ever used them to help her friends; she even managed to overpower her uncle in a duel, although he had been weakened by over-using his powers while fighting Alan.

Wikipedia and the Thunderbirds Wikia both state that the origin of his powers are unknown (btw, both pages are nearly the same):

Also, in the "Powers and abilities" section of both pages no mention is made of the origin.

4
Where did the name 'Thunderbirds' come from?