Is there a galactic map showing the homeworlds of the various humanoid species?

I've always wanted to see a full galaxy map showing the locations of the various humaoid species such as the Klingon homeworld, Romulus, Cardasia, and Ferenginar. Other information like where the Federation first encountered the Borg, the location of Omicron Theta, and the various territorial boundaries (Federation space, the neutral zone, etc) would be an added plus. I've seen all kinds of conceptual Star Trek stuff, especially this one poster that shows pretty much every ship and space station in Star Trek so that you can see how they all relate to one another in scale. It seems that there would be a canon galactic map that pinpoints the locations of as many Star Trek trivia points as possible. Does such a thing exist?

This map is one that was considered at least semi-canonical. 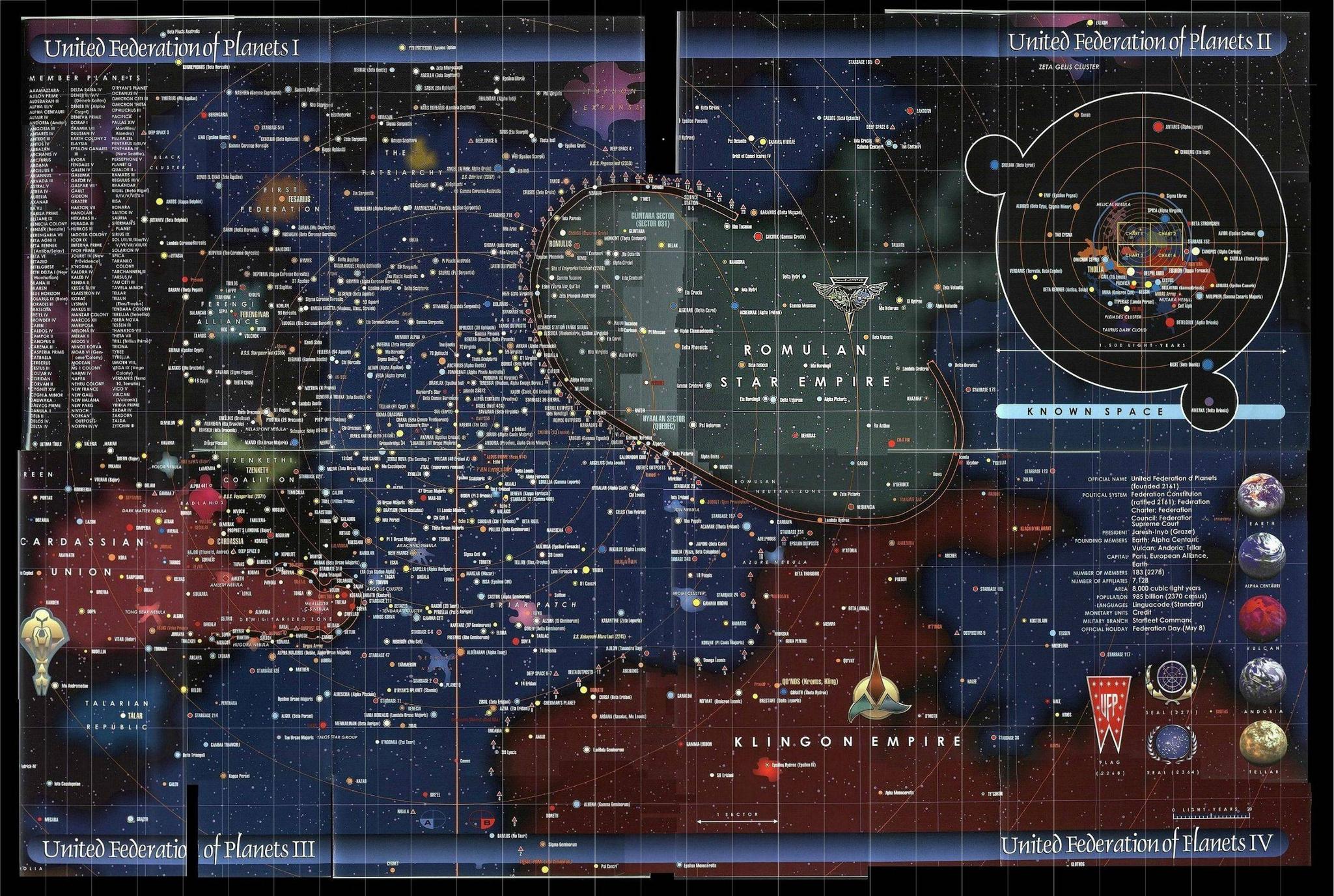 (The full-size image can be found here)

Star Trek: Star Charts is a guide to the Star Trek universe – the stars and planets of the United Federation of Planets and the other powers of the Milky Way Galaxy. It includes background information on the classification systems used for identifying stars and planets.

I don't think either would qualify as canon, but there have been two published books of maps of the Star Trek universe that might at least be seen as semi-official: Star Trek Stellar Cartography, and the earlier Star Trek Star Charts (which is out of print and pricey to get used, though somewhat cheaper used copies can be found on the amazon.co.uk page). The Memory Alpha site has an article about Star Trek Star Charts here which mentions that people who worked on the show like Michael Okuda and Rick Sternbach were consulted:

There was also an older book called Star Trek Maps from 1980, but that obviously wouldn't include anything from later series like TNG.

You can find it here:

Including a link to the raw picture itself. Please leave a comment at the video.

81
Can anyone explain the Star Trek astrography (i.e. quadrants)?
5
Location of the Yorktown Starbase

78
Why aren't there any fighter carriers in the Star Trek universe?
19
Were there military personnel / branches of service in Federation aside from StarFleet?
13
How much unclaimed space exists in and around Star Trek empires?
8
How did the Klingons Wage a War with Cardassia?
4
Why use a Combadge to locate someone?
12
Why is the Neutral Zone pictured as an ellipsoid in the Kobayashi Maru test in Star Trek: The Wrath of Khan?
18
Can a Federation colony become a member world?
7
Why didn't the Klingons simply switch to another planet when Qo'nos became uninhabitable?
10
How did Lt. Stiles know that Romulan ships are painted with a bird of prey?