What Language is Raven using for her attacks?

I know that Teen Titans is based off from DC Works as Robin, Starfire, Raven and Cyborg are supposed to be younger versions of themselves.

I am wondering what language Raven uses in her attacks, if it's a made up language i'd also like to know where i can look up translations (is there is any).

I'm also wondering if the attacks/language used by Raven in Teen Titans is canon to the rest of the DC Universe.

In COMICS Raven is a half-demon and half-human possessing many abilities inherited from her father Trigon. She grew up in an alternate dimension called Azarath, with pacifistic inhabitants whose spiritual leader was the mystic Azar. 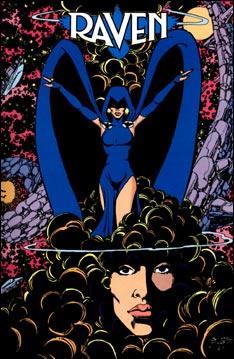 Azar planned to expel all evil from the Azarathians so that the demon Trigon could use the dark energy to be resurrected and then Azar could finally kill him (NOTE: This ill-conceived plan is similar to that of Lyon Vastia's when he used the Moon Drop to release the demon Deliora from the Iced Shell Ur cast upon him in Fairy Tail). 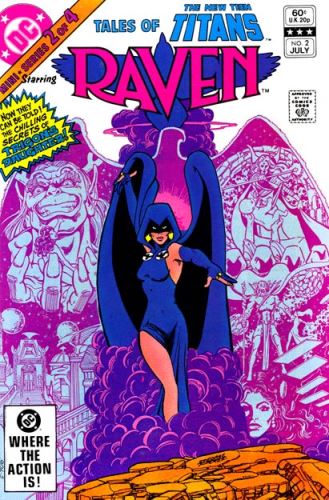 The manta (or chant) Raven uses in the Teen Titans cartoon ["Azarath, Metrion, Zinthos!"] is similar to her mantra and spell-casting she uses/used in comics pre-New 52. Primarily she uses her manta to ease her meditation and as a focus point. As she learned her meditation in Azarath it is my understanding that it is a magical language or words of magical power she draws strength from.

If the words are a specific language it is probable it is Azarathian?

According to the DC Comics Wiki:

Raven is well-versed in the occult and is familiar with the magical and mystical rites from both her home dimension Azarath as well as Earth.

Raven isn't using a language at all.

Metrios in Greek or Hellenic apparently means evenly measured, middling, or equality according to one of our Ancient Cities readings for college. Metrion may be a derivative of that. So whatever nonsense words she is using may be based off of ancient Greek language and may hold some actual significance. My thought is that, as Azarath is her idyllic homeworld, and Earth often being depicted as a middle ground between dimensions, she may be saying something like, "Heaven, Earth, Hell," with her demonic powers triggering at hell.

9
Who is Harper and what is her relationship with Batman?
13
What does Superman see while using his heat vision?
2
Has Superman ever won a fight by using brains over brawn? (Except for Heat Vision Lobotomy)
18
What language are Enchantress and Incubus speaking?
3
How does Teen Titans fit in with the Young Justice continuity?
48
What language is Raven using for her attack in the new 52?
19
What happened to Sophie in her last encounter with Arthur?
25
Looking for comic about female superhero who loses her powers