When the Armed forces analysed Stark's Mark II armour why didn't they build an army of them?

In Iron Man 2, when the armed forces analyzed Tony Stark's Mark II armor, why didn't they build an army of them?

Before anyone says they knew how to operate it, but not how it worked, remember that they modified it quite a lot when they turned it into War Machine, so they obviously must have figured out how it works...

They didn't have the arc reactor technology. Presumably, even with a working prototype (like the one Rhodes took) they weren't able to reproduce it.

James "Rhodey" Rhodes "confiscated" the Mark II armor from Tony during the birthday party and flew it back to the military base.

Because Vanko was the engineer/developer, he was able to install a back door allowing Vanko to take control of the War Machine armor.

After the fight he took the armor to an U.S. Air Force base. After he took it there they called Justin Hammer so he can add more powerful weapons to the armor. After he edited it they took the armor to the Stark Expo so they could present it there with the Hammer Drones. Stark arrived in his latest armor, the Mark VI, to reclaim the Mark II along with confronting his foes. He tried to force Hammer to reveal Ivan Vanko's location and get Rhodes to help him in his mission. However, Vanko took control of the armor and the Hammer Drones to kill Stark.

While the US Government may have had the opportunity to analyze the Iron Patriot Armor, manufacturing similar suits may have simply been beyond their technical capacity. Given that Stark Industries had been primarily a weapons manufacturer, he had a dedicated infrastructure for the design, something the government was unable to easily acquire. 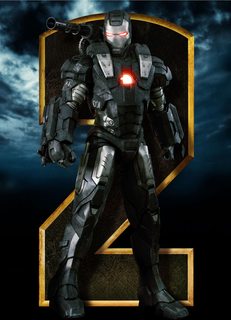 The Guardsman Armor, a lighter version of the Iron Man armor licensed to the government. 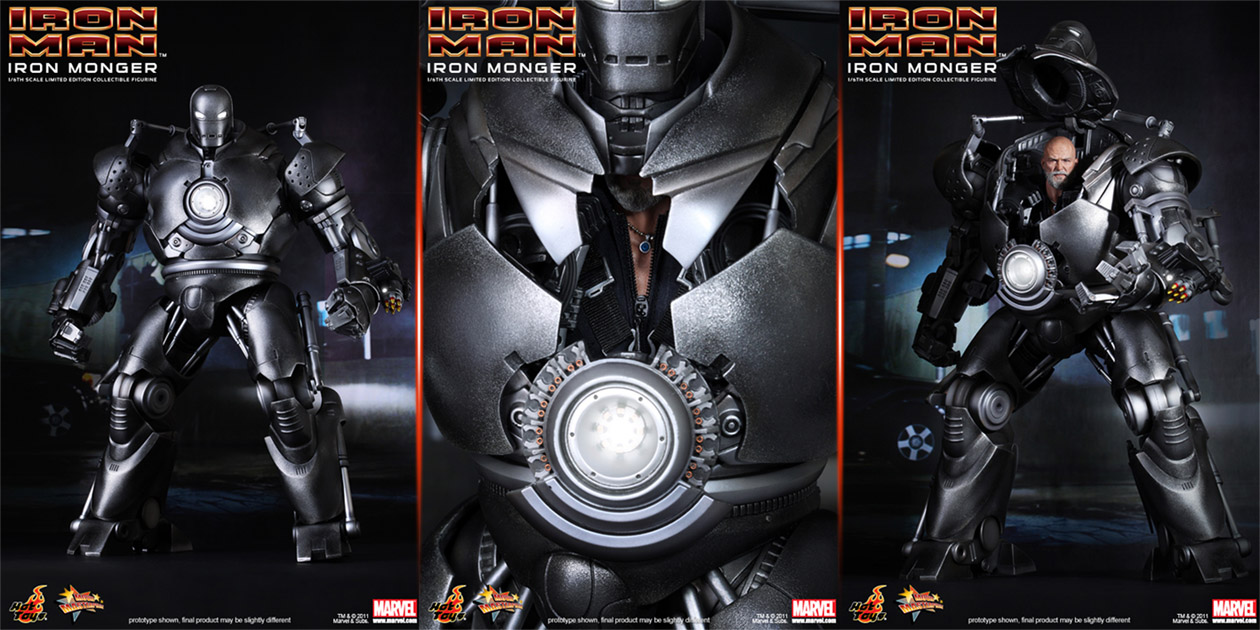 The military in the Marvel Universe is a poor designer of specialized technology such as powered armor. When they do want or need such equipment, it is subcontracted out to SHIELD, or highly specialized manufacturers like Justin Hammer of Hammer Industries or Tony Stark. 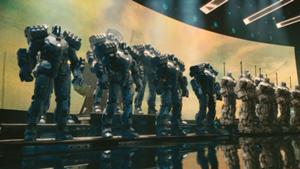 Not sure how much this helps.. but I also remember reading that one of the safety protocols built into the Iron Man suits is that it only responds to Starks thought patterns and brain waves.

That is why Natasha, in Iron Man 2, made a somewhat sarcastic remark in the Diner with Tony and Fury about how there are supposed to be security safeguards to prevent unauthorized access to the suits. Tony had already programmed the suits to respond to Rhodes brain waves and other biometric data which is why he was able to take it. . I would postulate that, because this advanced security method, which requires the brain scanning and mind reading technology that only Stark has, is why they could only modify the suit that Rhodes was already programmed to access, though by Iron Man 3 it's possible that others were able to figure it out or work around it.

I also thought that the lack of the miniature Arc reactors was also a stumbling block to anyone else being able to create or use the suits as well.

Even if they were able to physically recreate all of the technology, without a similarly advanced operating system such as JARVIS, it's likely that they were unable to get it all to work together as a cohesive unit, or work as smoothly and perfectly so that it responds to the wearers thoughts and desires as does Starks Iron Man suits.

If you see carefully we see Rhodes remove the Arc Reactor (Power Source) from the suit before calling Hammer. So Hammer cannot use the tech to build new suits.

Also when performing at the expo they wee supposed to be only kind of beta versions. So there was plan of mass production I think.

Not the answer you're looking for? Browse other questions tagged marvel-cinematic-universe iron-man marvel iron-man-2 or ask your own question.

7
Why didn't Spider-Man wear armour all the time?
58
Why did Tony Stark build arc reactors into his extra Iron Man suits?
9
When (and why) was Spider-Man called the most important hero of them all?
1
Why didn't Aether attack Thor and Odin when they touched Jane?
22
Why didn't Stark sue the government for stealing his armour in Iron Man 2
20
Where can I read the full version of "The Bent Bullet Report", an immersive article used in the promotion of "X-Men: Days of Future Past"?
13
Did Steve come back on his own in "Avengers: Endgame", and if so, how?
4
Is Iron Man: Armored Adventures a purely stand alone series, or does this version of Tony exist in some other universe outside of 616?