Is Kurse's sword poisoned or otherwise magically enhanced to cause inevitable death?

In Thor: The Dark World, both Frigga and Loki die from being stabbed once through the torso by Kurse's sword. Moreover, they both die almost immediately - Frigga is dead by the time Thor turns around from attacking Malekith, while Loki survives only long enough to apologize to Thor.

However, in the first Thor movie, Fandral is stabbed through the chest by half a dozen or more giant icicles. Yet he not only doesn't die, he remains conscious at least through the long escape from Jotunheim, and is perfectly healed by that night, when Sif and the Warriors Three ask Loki to get Thor's banishment reversed.

So, is Kurse's sword poisoned or otherwise enchanted to cause death immediately/with no chance of recovery? If not, then why does a single stab wound kill both Frigga and Loki, when a worse wound was explicitly non-fatal to Fandral? (Or did the filmmakers just forget about his wounds in the first movie?)

Note: I'm assuming Kurse's sword was used in his and Loki's death scene as he was the only dark elf who appears to carry one. I'm also aware that Loki's death was an illusion, but since Thor is wholly convinced by it, the circumstances of his "death" must have been believable to Thor - meaning that Thor expects Loki's wound to be fatal. The fact that Thor makes no attempt to perform even basic first aid (like applying pressure to the wound) also suggests this.

Kurse's sword in Thor: The Dark World is not poisoned. The movie was likely attempting to depict Kurse's combat-laden history and his weapon-mastery as well as his superhuman status after his transformation. The only thing we can be sure of about the sword is that it is not made of iron, which is deadly to normal Dark Elves.

From the Frigga entry on the Marvel Movie Wikia

When Asgard is attacked, Frigga fought to defend those that she loved at any cost. She fought Malekith while defending Jane Foster. The battle was interrupted by Kurse who restrained her. As Malekith threatened Jane she was revealed to be an illusion. After questioned, Frigga refused to tell her enemy anything, and Kurse stabbed her through the heart killing her instantly just as Thor came in and angrily shot Malekith in the face with lightning, scarring him. However, Malekith and Kurse escaped. Thor turned to see Odin holding Frigga in his arms. She was given a funeral and burned as the Asgardians mourned the death of their queen.

Algrim the Strong (left) the transformed Algrim into the one of the "Kursed" a magical soldier-warrior with increased strength and superhuman capabilities. 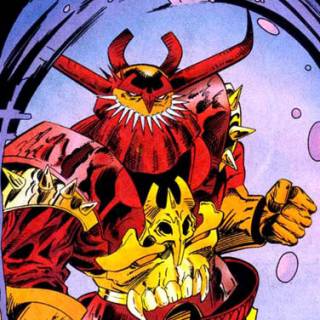 Even though the Asgardians are quite hardy, killing Thor requires someone whose superhuman strength would be nearly equal to Thor's. The Prince of Asgard is three times as strong as any average Asgardian and as a result anyone capable of fighting hand to hand with him would be much more likely to cause catastrophic injuries even to the hardy citizens of Asgard. In the comics, Kurse had twice the strength of an unenhanced Thor, capable of pressing 200 tons.

Kurse in Thor: The Dark World did not function in quite the same way as his comic namesake but was enhanced in a fashion to make him incredibly formidable, easily the physical equal of Thor. 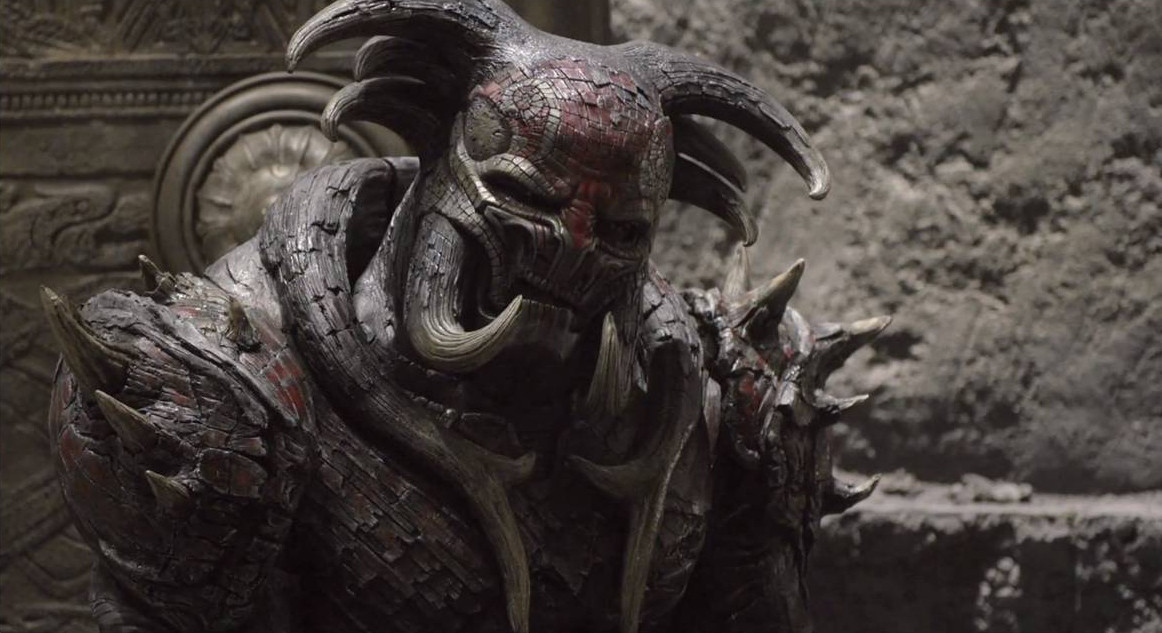 Kurse's powers were very similar to the canon Marvel-Earth's version of the character. He was easily capable of fighting Thor in hand to hand combat. Most normal Asgardians would have no chance of winning a hand to hand struggle with him.

IN THE CLIP THAT FOLLOWS: Frigga is held in a stranglehold by Kurse and the sword is plunged directly into her heart, killing her instantly. Kurse has no chance of missing, likely shearing her heart in half.

Not the answer you're looking for? Browse other questions tagged marvel marvel-cinematic-universe thor-marvel thor-the-dark-world loki or ask your own question.