How do the Predators' Smart-Discs extend and retract?

In the Alien vs Predator video games and the AvP and Predator movies, the Predators' Smart-Discs have the ability to extend and retract.

I would like to know how the Disc does this, would it be that the user has to give it a single flick of the wrist to extend it?

Per this concept art (from the original studio designer for Predator 2, Crash McCreery) it appears that the first "smart-disc" was activated by compressing the two parts together and steered using the Predator's targeting laser. 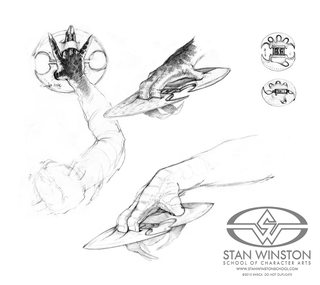 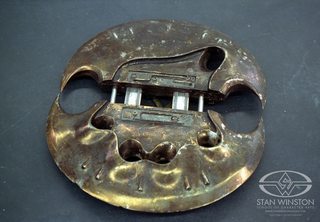 In later films and games, additional functionality has been added such as emergent blades, nano-molecular chainsaw edges and sharpened teeth. These are described as being mentally controlled (often by Predators who've earned the rank of "Disc Master"). As such it seems likely that they're activated using the same mental techniques. 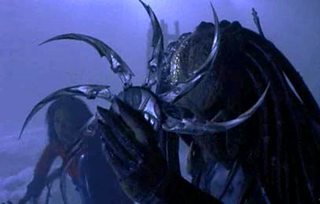 24
How does the Xenomorph evolution timeline work in the Alien/Predator universe?
9
How do the Predators select and transport their Trophies?
4
Are there any AvP stories that leave out humans?
17
What makes humans a worthy hunt?
2
Breeding of predalien and predators
9
What is the difference between the Xenomorph in "Alien: Covenant" and the ones in "Alien vs Predator"?