Was Hydra behind the events of the Avengers?

I'm rewatching The Avengers. In Loki's lair, Selvig asks how Loki was able to acquire a large amount of soldiers and laboratory equipment and resources so quickly. To this Clint Barton replied

S.H.I.E.L.D. has no shortage of enemies.

Given the events of Captain America: The Winter Soldier where we find out that

Hydra was not destroyed during World War 2, but have in fact infiltrated S.H.I.E.L.D. at every level and are very much active.

Is there any indication that Hydra supported Loki's attacks in New York? If so, to what end?

I would suggest that this answer cannot be given yet. In general the plot lines of each element of the MCU have been independent of the overall arc (whilst the characters haven't).

However, I would lean towards "no, there was no indication" as an answer. Mainly because the HYDRA infiltration of S.H.I.E.L.D. is a plot point for a film that came after the Avengers and secondly because S.H.I.E.L.D. is overseen by the World Security Council, and they (at least until TWS) were all non-Hydra, and they were the ones giving the orders to Fury during the New York incident.

All Loki had to do was brainwash a couple of high-ups in S.H.I.E.L.D. (whether or not they were HYDRA) to gain access to resources. It's possible in hindsight that Hydra may have made this a little easier, but this is retconning the events in light of further developments.

The above is a little fuzzy, but ultimately this is an evolving story and the repercussions of what occurred in TWS will no doubt be resolved in future installments of the MCU. It's too early to say anything definitive regarding this plot point.

There is no conclusive evidence that HYDRA was "behind" the events of the movie The Avengers, but they at least took advantage of the situation.

We learn in The Avengers, that SHIELD is overseen by the World Security Council. One of the members is a then-unnamed character played by Powers Boothe. He is one of the members who issues an order to

detonate a nuclear device over NYC, supposedly in hopes of destroying the Chitauri (and maybe those meddling Avengers too). 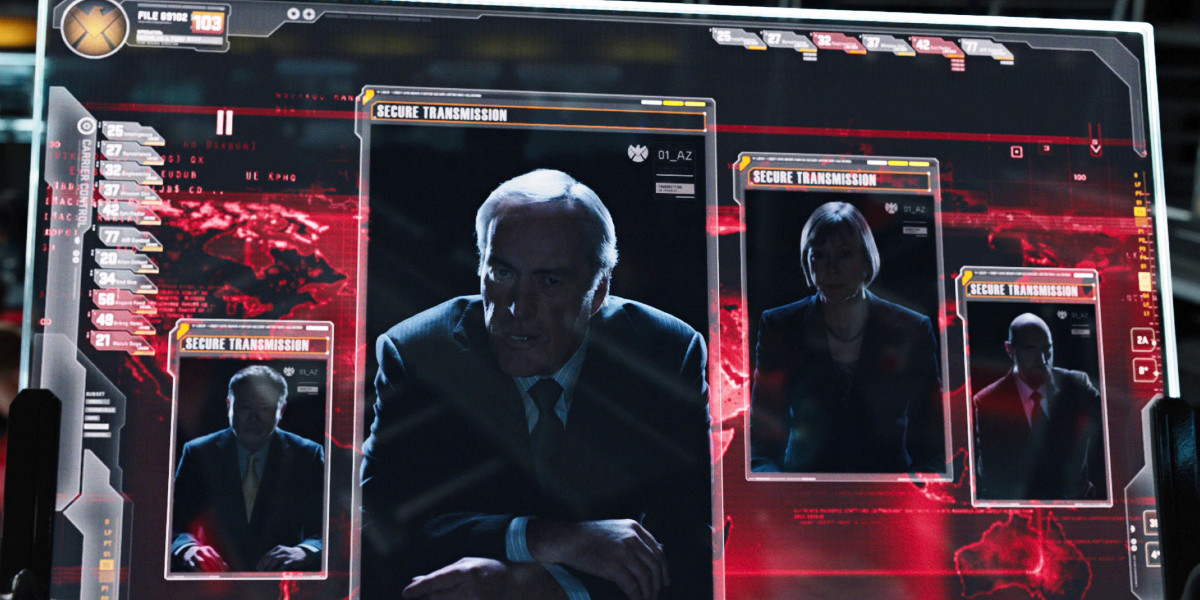 In The Agents of SHIELD episode Among Us Hide (S03E06), we learn that this same man is Gideon Malick, a ranking member of HYDRA. 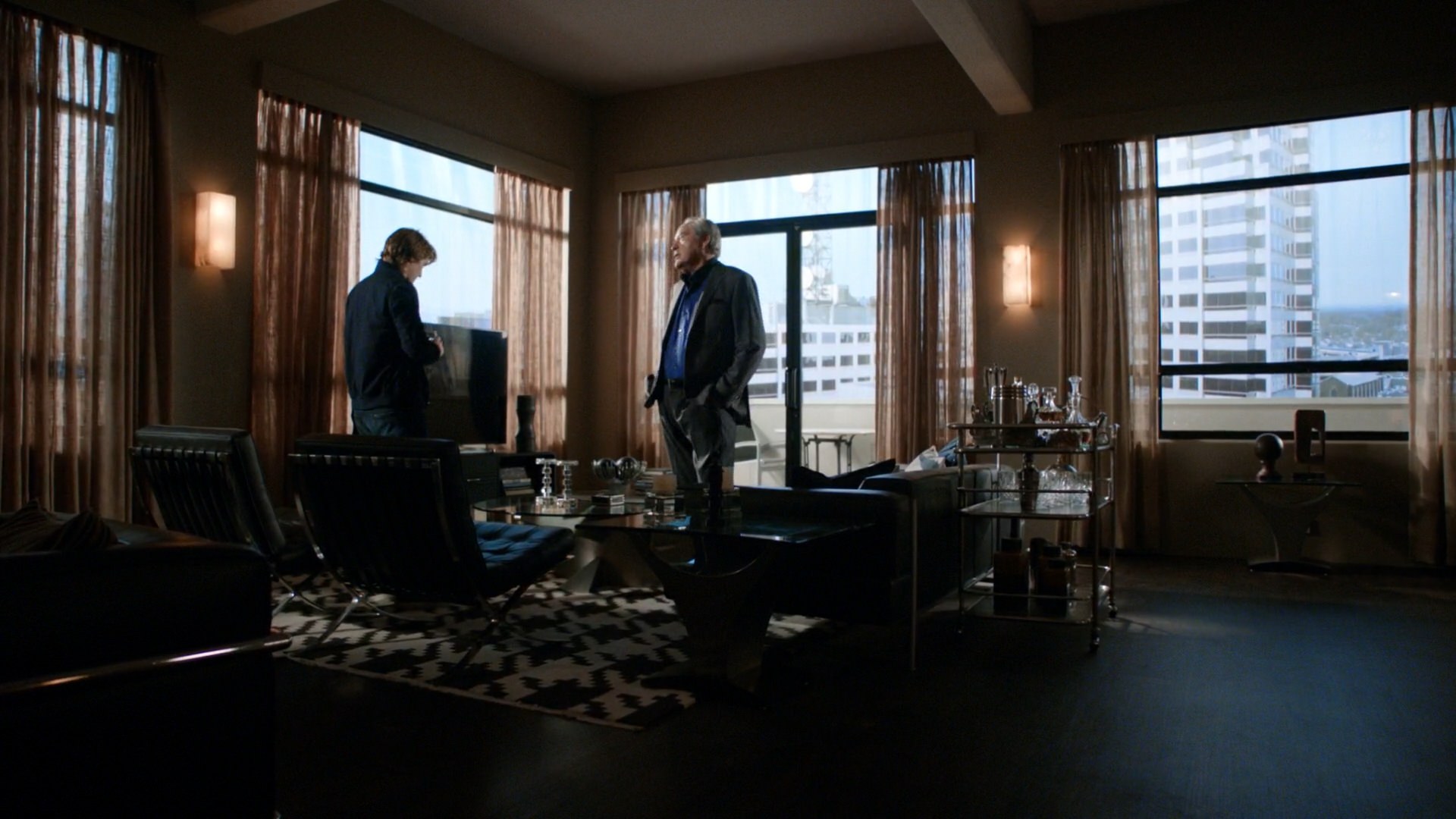 HYDRA clearly has an interest in Alien/Chitauri technology, as they already had a

a Kree body, Diviners, and been experimenting on Inhumans, and the Tesseract in the past.

This is obviously continued with their research on Loki's scepter, the destroyed Chitauri Leviathans, and what appears to be early/cut footage, referenced in a childrens novelization of Age of Ultron, creating armor based on salvaged Chitauri armor. 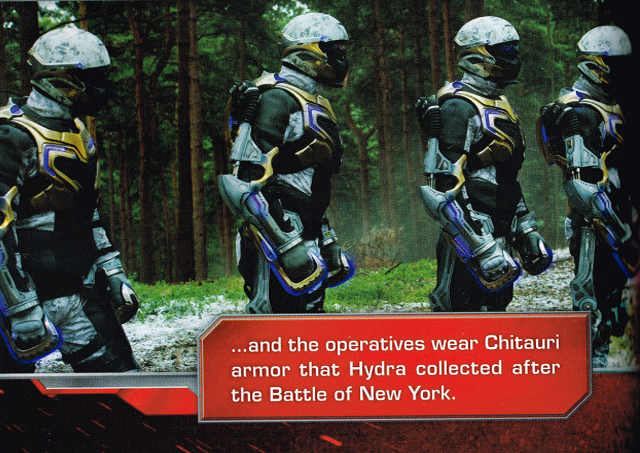 Hydra are at least responsible for some of the events of Avengers Assemble.

Be warned that this answer is going to be dropping spoilers from multiple areas of the Marvel Cienematic Universe, including Avengers Assemble, Captain America: The Winter Soldier, Avengers: Age of Ultron and Agents of SHIELD.

Although we don't know how involved Hydra were in Avengers Assemble, it should be noted that the Battle of New York allowed them to;

Even if it turns out that the highly trained soldiers that accompanied Loki in Avengers Assemble weren't Hydra goons (and I believe that they were), the reveal that one of the members of the World Security Council at the time was part of Hydra indicates to me that they had at least some hand in what happened.

We learn that Hydra is significantly older than previously thought - they have been active using one name or another for hundreds of years, and their ultimate goal is to bring an ancient Inhuman back to Earth so that it can rule the world.

It seems worth pointing out that the experimentation on the Tesseract (which we know to be the Space Gem) in Avengers Assemble by SHIELD (which we now know to be infiltrated at a high level by Hydra at the time) could be seen as a way for them to try and harness the power of the Space Gem in order to fulfill what we now know to be their ultimate goal. This would then explain why they decided to work with Loki - he is the only person that they have ever heard of being able to control and use the Tesseract.

20
What is the relevance of Norway in the stories about The Avengers?
25
Why did Hydra choose the subject they transformed into the "Winter Soldier", in Captain America?
15
Could HYDRA have killed Bruce Banner?
13
If the Winter Soldier is a Soviet Agent, how did HYDRA obtain him as an asset?
5
How did Hydra get ahead-of-time technologies?
33
Why did Captain America crash the Hydra bomber?
28
How did HYDRA get hold of Loki's scepter?
11
When was the S.H.I.E.L.D. twist decided and who made the decision?
7
Was Obidiah Stane with HYDRA?