All I can remember is at the end there are some people leaving this man on a planet in a cave with multiple cylinders of colored liquid boiling in his laboratory.

I take a wild guess and say that this is the Space 1999 episode "The Metamorph" where the alien Mentor is left behind (in, as it were, a cave) on his exploding planet with his "biological computer" Psyche which featured severals vats of coloured liquid.

The episode is on youtube if you want to check (if you can stand it, Space 1999 is so vintage it hurts the eyes). 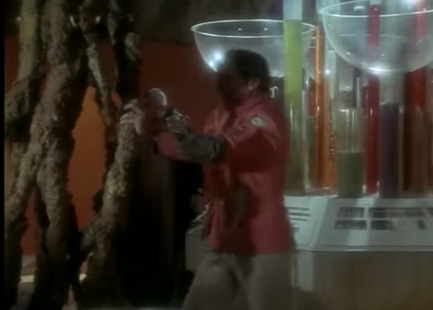