How do the roads in “The Roads Must Roll” work?

Robert Heinlein's "The Roads Must Roll" describes a future where roads are moving strips, with buildings and even towns permanently on the roads. I never understood quite how this worked.

Aren't the roads essentially huge conveyer belts? If so, what happens to any object permanently set on the road when it reaches the end of the conveyer belt? Or do the roads work in some other way?

There are a number of items on the various 'roads' that move along with the strips; shops, airbreaks and passenger cars. The road system itself is divided into a series of "circles", either moving around nominated cities or simply travelling from one location to another and back;

The faces of two men flicked into view on the visor screen. The younger answered him with the same air of acting under supervision. "Diego Circle--rolling!"

They were at once replaced by two more. "Angeles Sector--rolling!"

Finally, when Reno Circle had reported, the cadet turned to Davidson and reported: "Rolling, sir."

which presumably allow the belts to feed in a continuous circle without stopping, much like an airport carousel. The stationary items therefore remain in constant motion, making a lap of their designated circle every few hours.

It's particularly notable that when the engineer makes plans to visit a specific restaurant, his first instinct is to check his watch. Although it's not stated in canon, this presumably would be to ensure that when they arrive at the appropriate strip, the restaurant will have orbited back to their location. 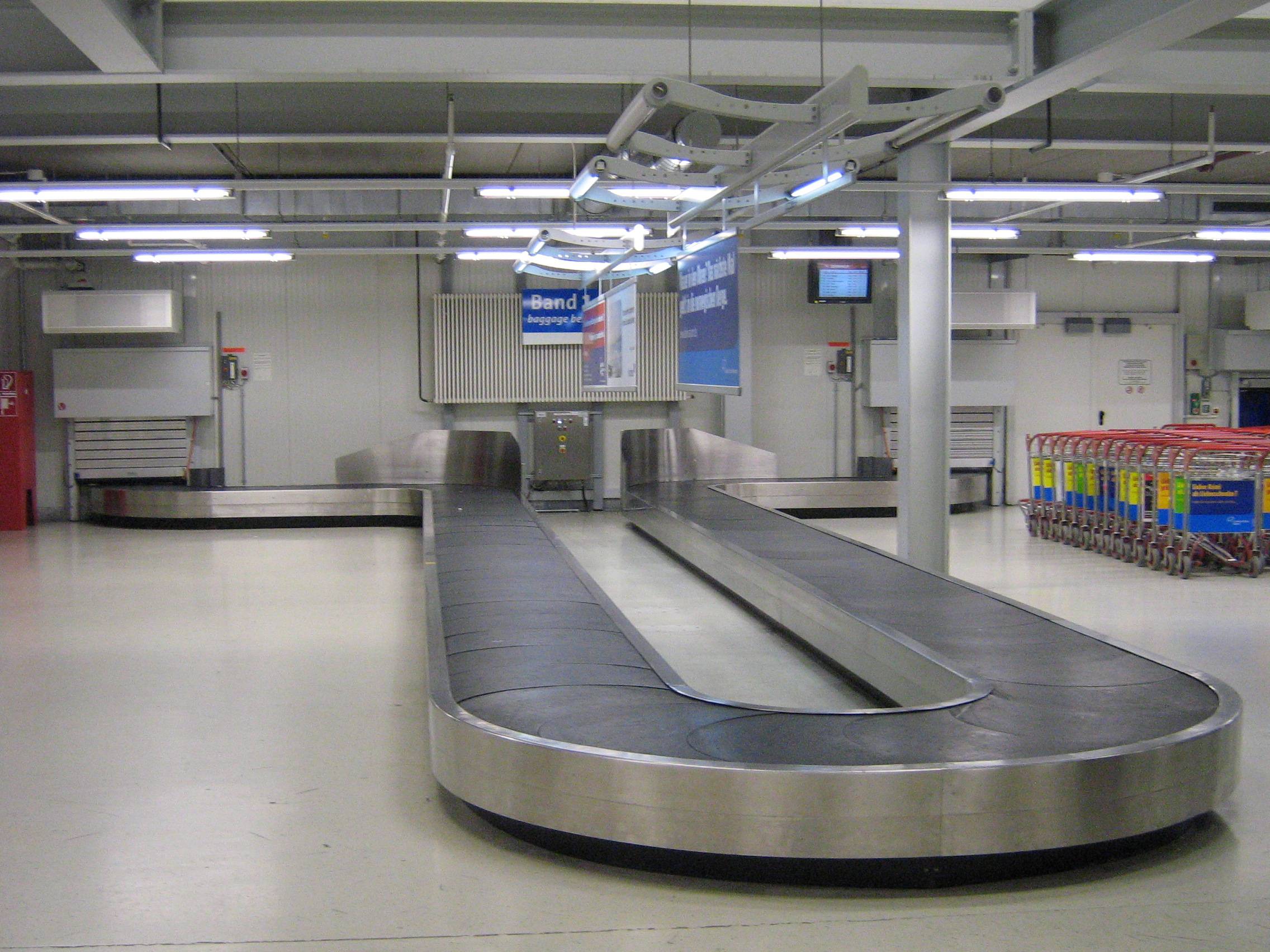 Instead of going in a loop, they run in large circles.

After passing through three more wind screens located at the forty, sixty, and eighty-mile-an-hour strips, respectively, they finally reached the maximum-speed strip, the hundred-mile-an-hour strip, which made the round trip, San Diego to Reno and back, in twelve hours.

Not the answer you're looking for? Browse other questions tagged short-stories robert-a-heinlein the-roads-must-roll or ask your own question.

7
How would one get onto a road in Heinlein's “The Roads Must Roll”?

13
Were Gnostics/Gnosticism a recurring religion in Heinlein's work?
7
How would one get onto a road in Heinlein's “The Roads Must Roll”?
20
What did the “Big Three” think of each other's work?
21
How anticommunist was Robert Heinlein?
10
Short story about an interplanetary cargo vessel, short on oxygen. One crewmember must commit suicide?
6
Jetpack-wearing “Space Lawman” crash lands on alien planet, must face off against unbeatable creature?
21
Short story with a alien planet, government officials must wear exploding medallions
8
Shuttle jet crashes into a flying wing, which must manage to land it