"I know Thieves Guild armor when I see it. You're not fooling anyone."

"Try to hide it all you want. I know you're in the Thieves Guild... and so do the other guards."

Maybe the armor is specially designed to help with thieving (it does have fortify lockpicking, pickpocket and carrying enchantments on it), but effectively wearing a neon sign saying "I'M IN THE THIEVES GUILD" seems to be a terrible idea.

I understand that the real reason could very well be "Bethesda thought that unique armor would be a cool way of making each faction feel different", but is there some in-universe reason for this?

As the Thieves Guild is a guild, operating like a union, there will be diplomatic and litigious implications of being a member, and identifying yourself as one.

The fact that the Thieves Guild is by this point an officially recognised entity (see Third Century) supports this, and it seems as though the behavior of the guild is in some way sanctioned, if not permitted by the wider authorities of Tamriel.

There could be any number of reasons for this, but Discworld (which shares many parallels with Tamriel!) provides a humorous hypothetical, if not entirely plausible example of what may have happened in Tamriel:

Lord Vetinari realised that what people crave is stability, and that, while it is impossible to stamp out crime altogether, it is possible to regulate it. The major gang leaders of the city were therefore called to the Patrician's Palace, where they agreed to be held responsible for ensuring a socially acceptable number of thefts. While they may have been insincere in this promise, they soon found the Patrician knew too much about them for reneging to be safe.

Given the benefits of unionisation, it could well be that being a member of the Thieves Guild grants further dispensation, such as an accommodated leniency (although I'm not sure if anyone has directly compared sentencing for theft depending on a players allegiance) or one has the option to pay off a guard if caught to let him get away with the goods. (although he doesn't need to wear the armor for this). Still, just a few possibilities of why it would benefit one to be a member of the Guild.

The outfit also has a practical function, as others have commented.

It could be easier to consider the Thieves Guild in comparison to modern special forces, or perhaps more ominously 'private security' corporate mercenaries like Blackwater. 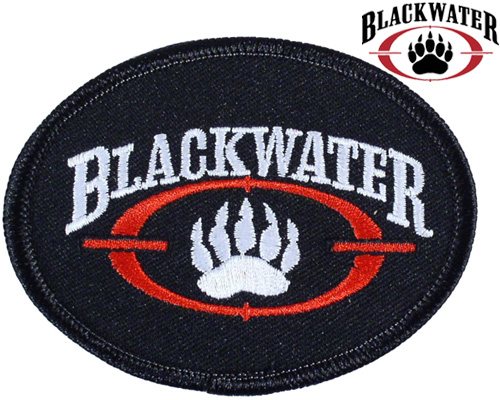 This is an organisation that widely disperses the fact that they are not bound by the same Rules of Engagement (or 'laws') that official military units do, and as such are free to 'break the law' without the same recrimination as an official authority. They even have their own insignia, and they are not perturbed in any way by their reputation for false/illegal conduct. Regardless, they are able to operate as long as they are not caught red handed: they are, like the Thieves Guild, tolerated but unliked.

The comparison between the organisations can be drawn further:

It would seem foolish to identify oneself openly as part of a scorned and widely reviled organisation, but it sends a clear signal to anyone who would seek to cause undue or unwarranted harm to a member: an assailant attacks not just an individual, but an entire organisation in the process. Anyone whose actions are found to be unsubstantiated can expect to feel the full weight of the organisation in retribution, which must be intimidating.

This will extend to their political and diplomatic influence as well: A guard who falsely imprisons a Thieves Guild member could find himself demoted for causing an incident, possibly interfering in a sanctioned theft: like a bailiff.

The diplomacy of Tamriel must be very complicated.

Clearly all of these enchantments will make thieving a lot easier.

Regarding making them stand out

Yes the thieves guild will identify them as thieves, but knowing somebody is a thief isn't enough to arrest them. Otherwise the guards would have arrested you rather than just commenting. To arrest you they would need evidence, and they would need to cach you in the act of thieving. Whether you're wearing the armour or not, if you're caught thieving then you're going to be arrested. So wearing armour that makes thieving easier will make it harder for you to be caught.

Compare this with real life thieves. Many may carry a balaclava or a crowbar. Obviously possessing one of these items will send alarm bells ringing for others. But if you do your work at night, and remain out of sight of people (which you would need to do anyway as a thief) then these items will help you complete the job much more quickly and easily.

Because everything to do with the Thieves Guild is extremely poorly written.

A thorough deconstruction begins here, but the short of it is, nothing said or done by anyone in relation to the Thieves Guild makes any sense. I'd never noticed the guards saying such (because I leveled enchanting, and so I had much better equipment available by the time I reached Riften), but in the context of the TG, having them say something that sounds a bit impressive but falls apart after a little thought is essentially to be expected.

One idea I had is that it is basically a diversion. The idea is that once you have a steady presence of visible thieves, then the general population will keep their attention on the visible ones. That allows the "invisible" thieves, ie. those not wearing the armor, to operate more covertly or at least with less attention on them.

This technique is used in real life too. Pickpockets work in teams, where one does a diversion: bumps into you, asks you something, throws their baby at you(!). This then allows the second criminal in the team to more easily grab your things while you are distracted.

Not the answer you're looking for? Browse other questions tagged skyrim the-elder-scrolls or ask your own question.

10
Why are the Argonians and Dunmer such bitter rivals?
2
Why are Silt Striders more expensive than Guild Guides, even between the same cities?