Was Unalaq still in control after the merger with Vaatu

When Unalaq merged with Vaatu was he in control or was Vaatu in control. Initially, it appeared that Unalaq was in indeed control as he was using his bending to fight Korra, going in and out of his Avatar State. However, later on in the fight, Vaatu forced himself out of Unalaq's mouth and ripped Raava out of Korra. After this Unalaq mutated and grew into a black larger version of himself with Vaatu's distinguishing features.

I don't think I could give a definite answer, but there are at least two points suggesting that Unalaq had control.

Why would he do that? Vaatu has little relation with Aang. Yes, Aang is the incarnation of the hero that defeated him, but chances are Vaatu doesn't even know this (he's been trapped for 10,000 years so he wouldn't know who Aang is) - or heck, he may not even care at all.

On the other hand, it is implied that Unalaq decided to attack Aang's statue to symbolise the end of the Avatar's era and proclaim himself as the new Avatar. As far as we know, Unoloq has better reasons to destroy Aang's memorial than Vaatu, so it was probably Unoloq the one who chose to do this. 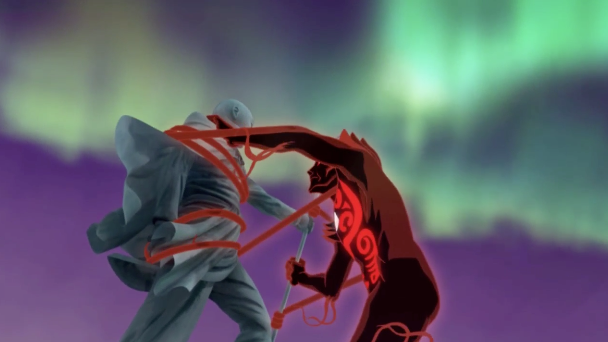 He has proper movements to perform waterbending

Neither Vaatu nor Raava can bend elements. It is clear that Vaatu can waterbend since he fused with Unoloq, BUT observe his arms: 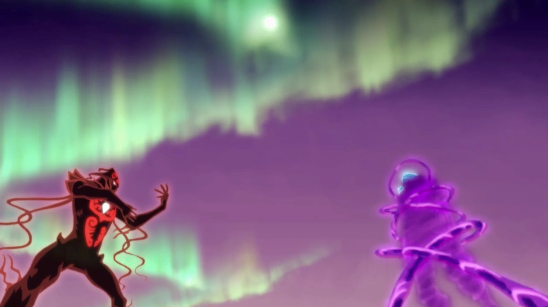 He is waving his arms in the same manner waterbenders do. The only one who knows how to do those moves is Unalaq, because this waving is waterbender (a.k.a human) knowledge.

And to top it all, it was not any sort of waterbending. He was doing the spirit thingy, and Unalaq is well-known for his mastery with that.

The thing is, there are also points suggesting Vaatu had control. For instance, the purple deathray thing is probably Vaatu's speciality. However using the deathray doesn't seem particularly difficult, so Unalaq might have just figured it out.

13
Who is still alive from the original series?
12
What was the giant blue manifestation of Korra in "Light in the Dark"?
3
How did Vaatu break through the barrier that separated the Plane of Spirits from the Material World?
3
Did Unalaq enter the spirit world to learn waterbending techniques?
1
What happens to Raava after fusion with Avatar?
3
Would the Red Lotus poison have the same effect on Unalaq
3
If an avatar goes into the avatar state while being poisoned, do they still die?
8
Is there an expanded explanation on how the metallic poison affects Korra?
1
Can Vaatu merge with someone and master all four elements?
2
Why did Korra not use the Avatar state sooner in Book 3?