In the Transformers movies, what Air Force rank is U.S. Air Force Combat Controller Robert Epps suppose to be? 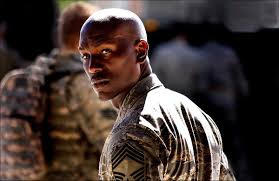 TSgt are typically in their 30's, whereas CMSgts are office pogues in their 50's. Is this just the result of poor understanding of military rank structure or a deliberate plot twist?

Yes, this is a continuity error (possibly in costuming) or possibly because when actors are portraying military staff in movies, their costumes are supposedly not entirely correct due to military regulation. They usually accomplish this by making minor changes in breadboards (the medals worn by military personnel). 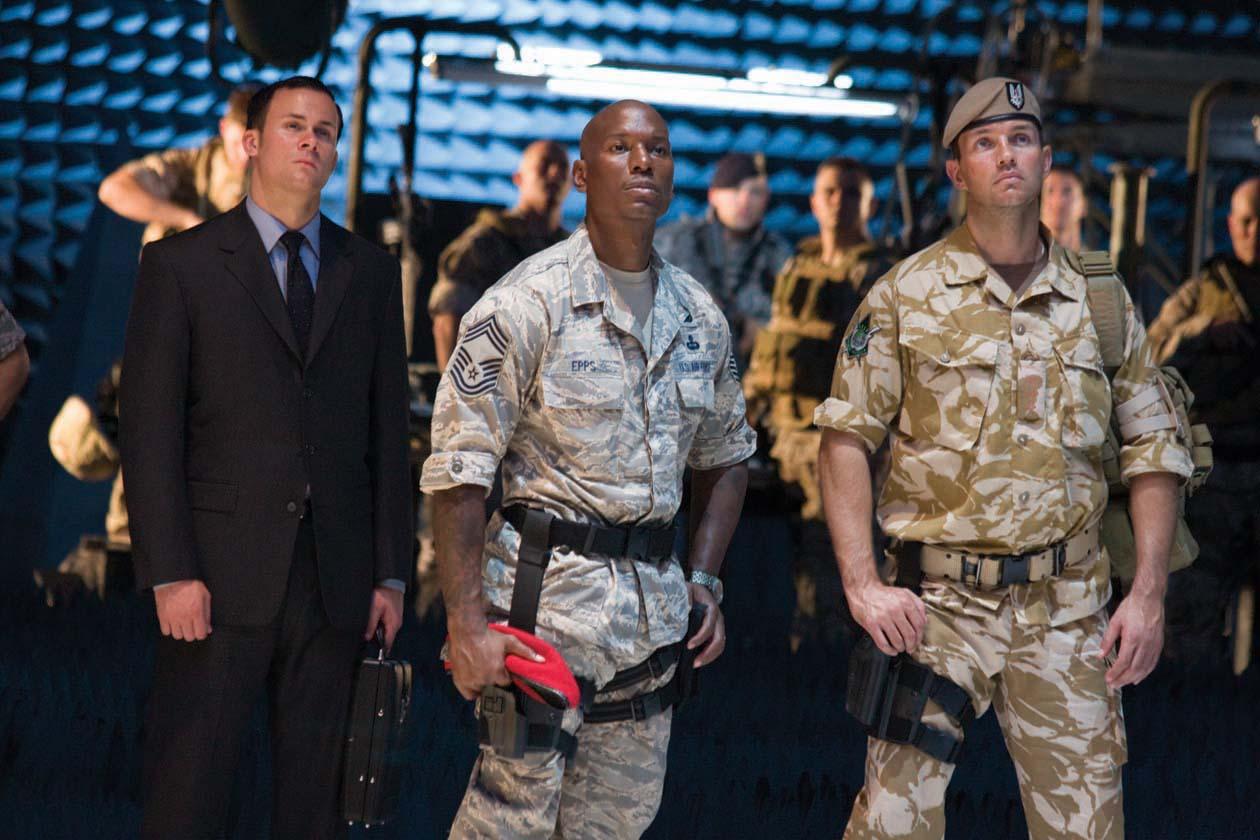 Here is a better shot of his very advanced rank.

I fail to see the problem. Yes, he's certainly very young to have been promoted from Technical Sergeant in the first Transformer film to Chief Master Sergeant two and a bit years later but it's not without precedent in the USAF and he certainly wouldn't be the youngest by quite a wide margin.

It's likely that with the planet on a war footing, with his team involved in regular briefings with the President and Chiefs of Staff and with the opportunity to engage in high-level training, any candidate would be very well placed to receive enhanced promotion prospects. On top of that his character is portrayed as being the best of the best of the best both physically and mentally.

As he says in this cast interview; He's at the top of the rankings due to his close work with the autobots and because he's in control of coordinating what happens on the ground and what happens in the air.

Not the answer you're looking for? Browse other questions tagged transformers transformers-live-action-series or ask your own question.