Can Transformers be manually upgraded?

Barring near-mystical or supernatural methods like quantum surges, shoving two sparks into one body, leveling up via The Matrix of Leadership, or intervention by Unicron, can Transformers be manually upgraded?

In Transformers: Prime, we see that biomechs (essentially organs) can be transplanted, but can systems be actually upgraded or given new abilities? Can Bumblebee be made bigger? Faster? Stronger?

In the IDW continuity several bots undergo complete body swaps and upgrades. In the old ongoing Megatron gets a himself completely new body built by Shockwave and Soundwave (with a completely different alternate mode and arm canon) after being badly wounded. It was a major operation, but it was not mystical in any way. 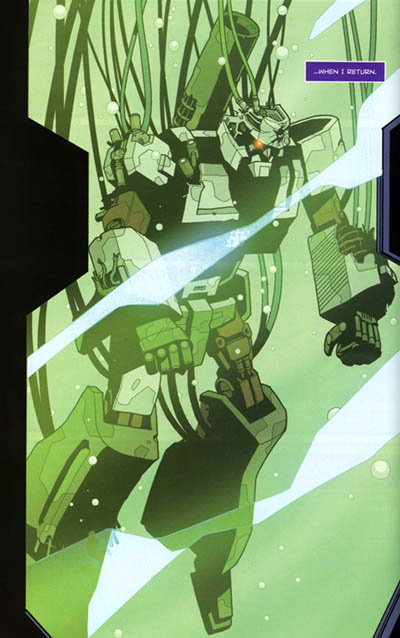 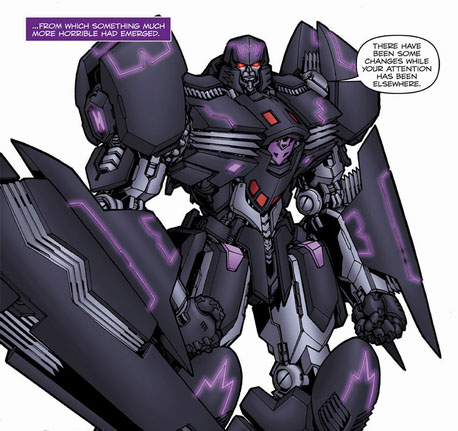 And he's not the only one. Optimus Prime went through several. More recently, Bumblebee, Prowl and Starscream got new bods as well.

However there are limitations to how much stress a spark can handle. So you won't be able to rebuild Wheelie as a Metroplex-sized titan. Only very few Cybertronians have an ability known as Load-Bearing that allows them to have massive upgrades.

Yes, in the Transformers UK continuity after Bumblebee is destroyed by Deaths Head in Hunters (Transformers #117-118), Wreck -Gar rebuilds him as Goldbug. 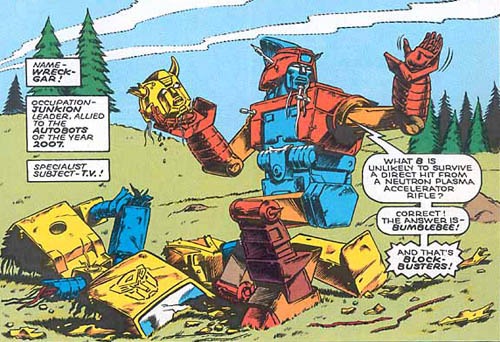 This really depends on the continuity/universe you're looking at. If you're just looking for an example, you're able to start right at the beginning: Generation 1, Episode 1

Right at the beginning we see Bumblebee's vehicle mode for the first time, it's some kind of glider: 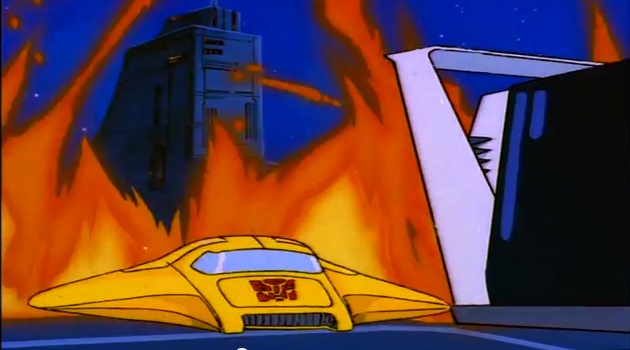 This is obviously no Volkswagen Beetle. However, later on on Earth Teletran 1 upgrades his vehicle form to better fit into his new surroundings (image from a later episode): 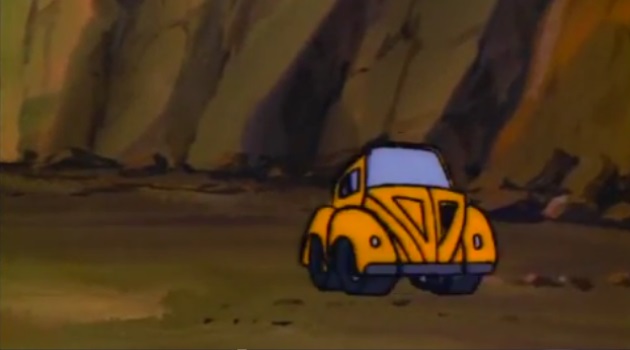 I don't remember there being any real explanation or anything, but in the classic animation series it's definitely possible, without any higher being or mystical stuff or whatever.

Also, later on during Generation 2, they introduce the so called Headmasters which were upgraded/modified transformers where their heads could transform into smaller robots (or in one case house Spike (if I don't confuse him right now)).

In Transformers: Animated, the bounty hunter Lockdown stole "trophies" from other bots and used them to upgrade himself as seen in The Thrill of the Hunt and other episodes.

In A Fistful of Energon, Prowl gets in on the action, taking some of Lockdown's upgrades to aid them in their hunt for Starscream.

It is also possible in the film continuity. Optimus received parts from jetfire after he ripped out his own spark and thus gained flying abilities and a power upgrade.

Additionally they can "upgrade" themselves by scanning a different "stealth form" thus bumblebee became a repaired car when he was fist quite a beat up one.

In G1 Cartoon Bumblebee is rebuilt into goldbug

17
Why can only Decepticons fly in robot mode?