Ask Question
Asked 7 years, 4 months ago
Active 4 years, 3 months ago
Viewed 1k times
6
This question already has an answer here:
Series of books; in one there is an island with very tall large pillars (1 answer)
Closed 3 years ago.

Alright, so this is a fantasy book (I am eighty-five percent positive). Honestly I wish I remember something from the book, but all I remember is the cover. I read it in 2007. The cover has a young girl on the cover who is surrounded by green. She has fair skin and brown hair that is in a ridiculously long braid. there may all be a small animal on the cover with her, I'm not entirely sure. She's smiling, but it's a soft smile.

The series is meant for young adults and is part of a series. If anyone at all could help that would be super! Thanks again!

It was a drawn cover, natural book. She was wearing a green top. She was only visible from just below her shoulders and up. There were green vines surrounding her, but all I remember of the background is green. I got it from my Aunt and I have no clue when it was written, but it seemed fairly new. Fantasy. I couldn't see how long the braid was, but I remember that it was described as longer than usual. No, it is not Rapunzel, I am 100% positive I would remember Rapunzel. It's not anything like Rapunzel.

After searching for a while longer, I remember that it is centered around the girl and she had a small animal with her, along with a bird. That's really all I remember. I contacted my Aunt about it, but I'm not sure she'll remember. It was part of a trilogy! The first book is as described and the second all I remember is that she was somewhere near the sea. 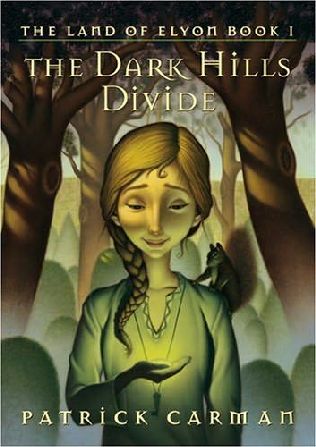 While the OP hasn't accepted this answer, they have responded to the original comment suggesting this book:

HOLY SHIT. YES. THIS IS IT. OH MY GOD. OH MY GOD. BLESS YOUR SOUL. I HOPE YOU FIND 20 DOLLARS ON THE GROUND.

Also, my memory is shit because I could have sworn her braid was longer and the cover was different. Thanks everyone!

4
Recall book series with a young girl who can talk to animals (English with at least 4 books)
4
Series of books; in one there is an island with very tall large pillars
7
Novel: little girl holding a green stone that gave her the ability to talk to animals

5
Book about a teenage witch, teal green cover with a ghostly circle
10
Identifying a book about a girl who has the fey sight?
6
Book series with a cover of a girl with unusual eyes, who receives a crystal ball
6
Fantasy book, YA, Girl with magical powers & tattoos
11
Book with a girl whose grandma is a phoenix, cover depicts the emerald/green-eyed blonde girl
7
Book about a girl who can shapeshift into various forms, like hyena and squirrel
3
Book with a girl werecat who works for the government