I've just stumbled upon this screen capture of Tasha Yar escaping a rape gang with a cat: 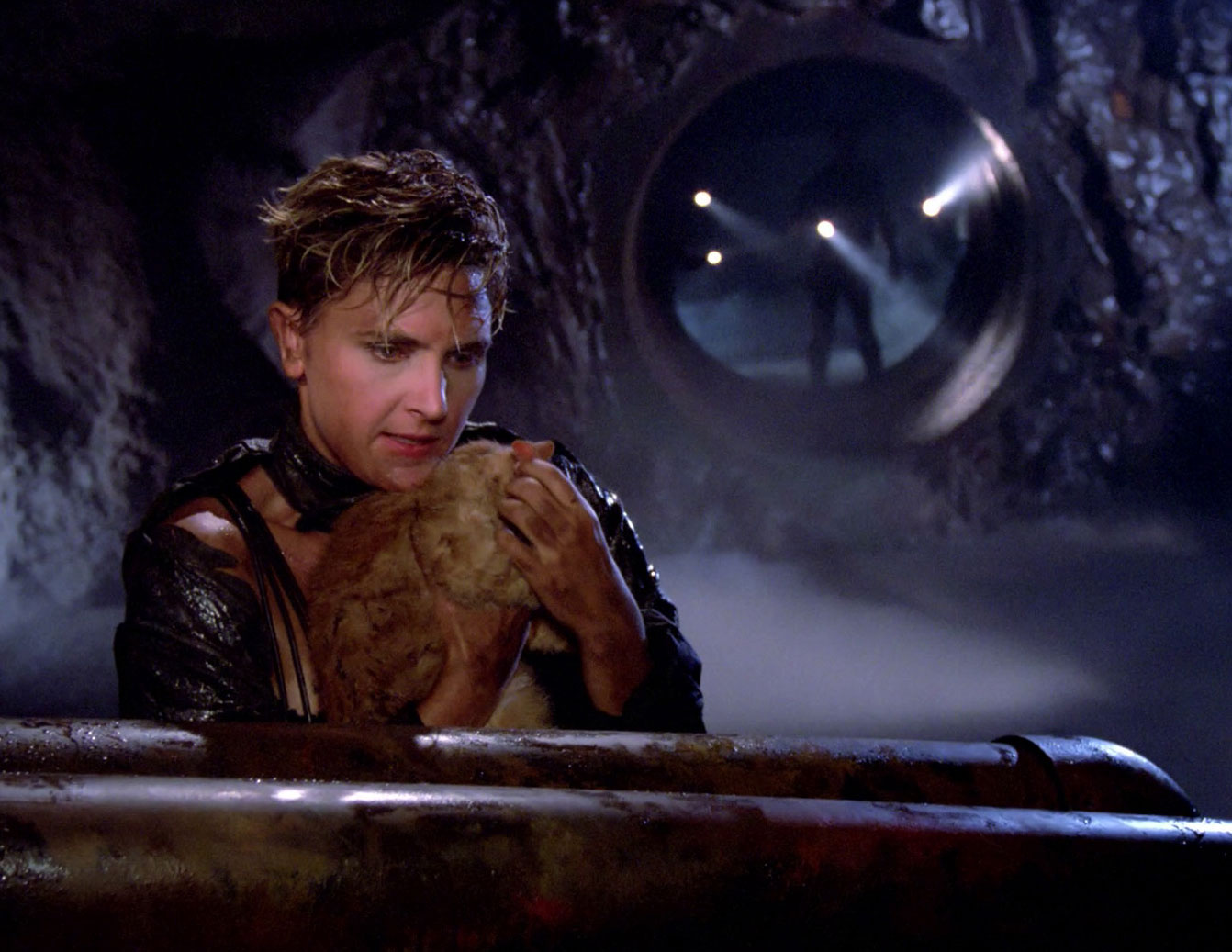 What happened to Tasha Yar's cat, did she bring him to the Enterprise?

Within the Episode "Where None Have Gone Before, Tasha Yar appears to have released the cat sometime before she was rescued by the crew of the USS Cochrane;

HOLDING in the same position what is now a VERY BEGRIMED KITTEN while Tasha herself is dressed very differently in TATTERED CAST-OFF CLOTHING, HER FACE BEGRIMED TOO, HER HAIR ASKEW. She puts the kitten down.

TASHA: Now, run. This isn't a safe place at all.

In the TNG Novel "Survivors" it is explicitly clear that her cat was later killed by a rape gang, possibly the same one we see in the TV show.

"Revenge had cost her her chance—two men grabbed her from behind, while their leader captured the cat in a hammy hand, then wrested the knife from the girl and before her eyes gutted the only living being who cared for her."

The cat seen in TNG: "Where None have gone before" was provided by Birds & Animals Unlimited whereas the various ginger versions of Spot (of which there were at least four seen on screen) were provided by Critters of the Cinema so it's highly unlikely that they would have used the same cat. 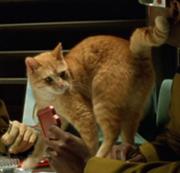 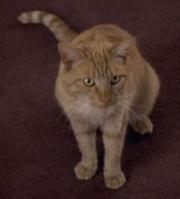 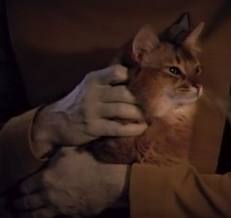 The timing doesn't really work. Tasha escaped her home planet in 2352, and the cat looks to be a young adult in that scene.

If we discount the novels (where the cat died before she escaped), then it's possible that Tasha could have taken it with her. But she didn't join Starfleet until 2363. The cat would have been 11 years old at that point: still well within the realm of plausibility, but we're no longer talking about a young cat. The episode where Spot first appears, "Data's Day", seems to have taken place in 2367: four years later. Spot's not a kitten, even in that episode, but she looks a lot younger than 15. In fact, Spot seems to still be alive as of 2379, and while 27-year-old cats are not unheard of even today, that's getting to be a bit of a stretch.

All of that said, it is possible that Data might have chosen this type of cat because it reminded him of Tasha. Maybe she talked with him about her experiences, and a ginger cat came up somewhere in those. Or, if Tasha did bring it with her, then he might have met it, or even taken care of it after Tasha's death, like you say. But it's still too old to be Spot: if Data ever took care of Tasha's cat, then it must have died at some point (which would also explain why we never see him with two cats). Spot is a different cat.

4
When did the character name 'Tanya Hernandez' change to 'Tasha Yar'?
5
What was this character thinking in "Brothers"?
13
Was Tasha Yar really executed on Romulus?
2
Which was the fate of the Enterprise C in "Yesterday's Enterprise" alternate timeline?
7
What happened to the rest of the crew from Enterprise-C?
4
How did Counselor Troi trick Tasha Yar?
8
In the alternate timeline of "Yesterday's Enterprise", had Data and Tasha Yar "done it"?
3
Are Star Trek ships female or neutral?