Where is Durmstrang located?

What country is Durmstrang in? There are certainly a lot of mentions of aspects of the school (especially how cold it is) but the books and movies never actually say what country it is in. For example:

So where is Durmstrang? It's said to be "unplottable", like Hogwarts, but at least we know that Hogwarts is in Scotland.

According to an attendee report of "J.K. Rowling's reading for Maggie's Cancer Caring Centre" in December 9, 2000;

Jo [JKR] thinks that Durmstrang is in northern Scandinavia - the very north of Sweden or Norway and that Beauxbatons is somewhere near Cannes in the south of France. She says she doesn't know for certain because, of course, the exact whereabouts of these schools is a closely- guarded secret to which she is not privy!

Please note that this is a report. No official transcript exists, however this report has been confirmed by several people who were in attendance.

The Celebration of Harry Potter Event (2016) debuted a map of the Wizarding World which located the various wizarding schools.

Assuming there is only one magic school in Northern Europe, Durmstrang would appear to be somewhere in Northern Russia, relatively close to the border with Finland. 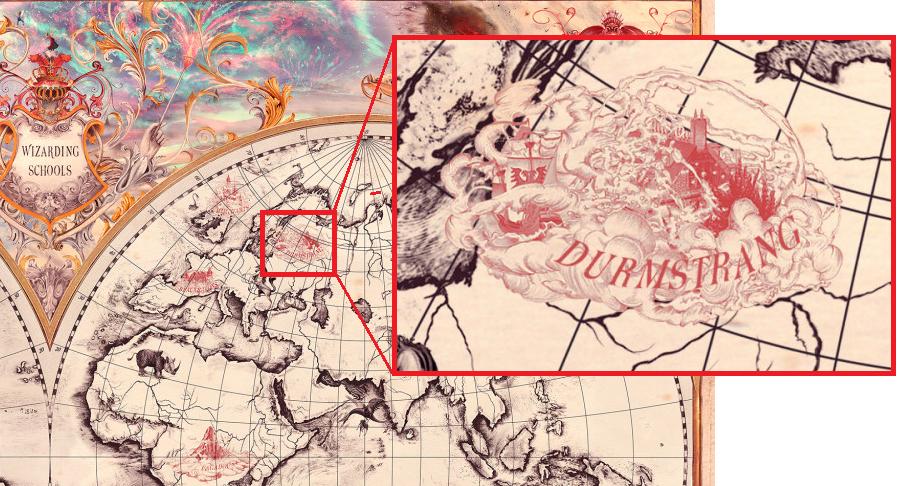 30
Are there wizarding schools in the rest of the "magical" world?
12
Do Italian wizards go to Beauxbatons?

3
Where is Platform 9 3/4 located?
14
Where was Igor Karkaroff originally from?
17
What language were Durmstrang classes taught in?
22
If Durmstrang and Beauxbatons were hidden from common knowledge, how did people from other schools go to them for the Triwizard tournament?
3
How did the Durmstrang ship get into the lake?
2
Couldn't Voldemort have been located?