Are the Ewok movies canonical? [duplicate]

Are the movies, Ewoks: The Battle for Endor (1985), and Caravan of Courage - The Ewok Adventure (1984) considered canonical, or just children's movies that happen to involve a Star Wars license?

Some parts of the movies, such as the Witch, Charal, don't really feel at home with the universe of the three movies.

Along with everything that's not one of the six feature films, the Clone Wars TV series and Film, they're now considered to be part of the "Legends" canon.

While Lucasfilm always strived to keep the stories created for the EU consistent with our film and television content as well as internally consistent, Lucas always made it clear that he was not beholden to the EU. He set the films he created as the canon. This includes the six Star Wars episodes, and the many hours of content he developed and produced in Star Wars: The Clone Wars. These stories are the immovable objects of Star Wars history, the characters and events to which all other tales must align.

At the time of broadcast they were considered to be fully canonical ('G-Canon') alongside the three original trilogy films. They certainly fit the other G-Canon criteria in the sense that Lucas co-wrote and co-directed both films

On top of that, multiple versions of the DVD, VHS and Soundtrack CD feature a quote from Variety Magazine ("Daily Variety pronounces that Ewoks: The Battle for Endor triumphs as a worthy entrant into the hallowed Star Wars canon"). 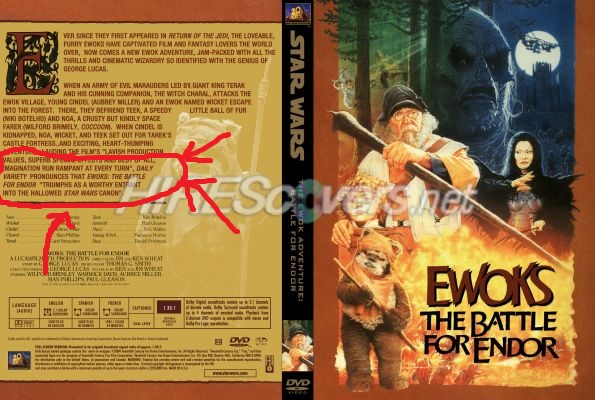 Since then, LucasFilm steadily downgraded their status to the current level of "C-Canon" as part of the Expanded Universe (e.g considered fully canon unless contradicted elsewhere by the 6 films or Clone Wars TV show) and since April 2014, they're now considered part of the "Legends" canon.

Not the answer you're looking for? Browse other questions tagged star-wars canon star-wars-legends ewoks or ask your own question.

106
How is canonicity of derivative works determined for Star Wars?
7
How/Where does “Ewoks: The Battle for Endor” fit into the Star Wars timeline?

8
What printed materials from Avatar: The Last Airbender are canonical?
7
How/Where does “Ewoks: The Battle for Endor” fit into the Star Wars timeline?
4
If C-3PO can speak “Binary” (aka: droidspeak) then why don’t we ever hear him speaking in bloops and bleeps like R2-D2 and other droids in the movies?
62
Toilets in the Star Wars galaxy
6
When did Han and Chewbacca liberate Kashyyyk?
14
Are Legends legends?
49
How did C3PO know the Ewok Language?
3
Are there differences in the new Star Wars canonical map vs previous maps?