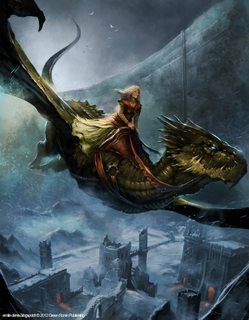 19
Are White Walkers wargs?
5
How did Bran warg into the correct wolf to help Jon in "The Rains of Castamere"?
6
Can the Night King walk through wildfire?
-5
Is the Night's King a Targaryen and the third head of the dragon?

10
Where does Daenerys keep her dragons?
13
How did dragons come into existence?
30
What were Bran and Rickon Stark supposed to do when they grew up?
9
Which dragons survived the Dance of the Dragons?
24
How many dragons ever existed in Westeros?
7
Do dragons reincarnate in Westeros?
7
Can Bran Stark see into the future?