Are there vampires in the Star Trek universe?

Let us characterize vampires as a humanoid being that drinks the blood of other humanoid beings to create more of their species. There are many aliens that are humanoid in the Star Trek universe. My question is: in all the books, movies, comics and TV shows, are there any vampires?

The closest we come in the main canon (e.g. TV and Films) is the TOS episode "Obsession" where we encounter a creature known as a "Dikironium Cloud". It certainly meets most of the main criteria you've described...

GARROVICK: Sir, that thing only feeds on blood.
KIRK: Garrovick, get back to the ship. Tell them to prepare to detonate.
GARROVICK: Captain, you're not going to be the bait.

SPOCK: Doctor, evidence indicates the creature is here to spawn. If so, it will reproduce by fission, not just into two parts, but thousands. ...
MCCOY: I presume you intend to use that haemoplasm to attract the creature?
KIRK: We must get it to the antimatter. It seems attracted to red blood cells. What better bait could we have?

Obviously it's not even close to being humanoid.

Other creatures fit some elements of vampirism, notably the "incubus" seen in TNG : "Sub Rosa" (which drains the subject of psychic energy and periodically assumes human form) 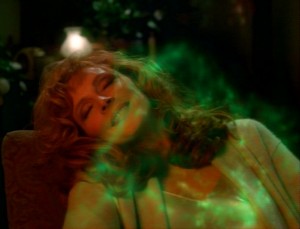 and the M-113 creature seen in TOS: "The Man Trap" (which drains several crew-members of their salt) 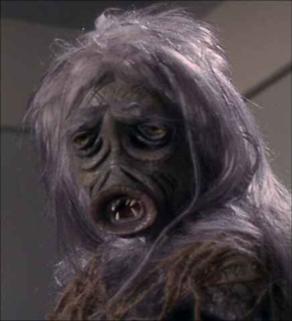 Elsewhere in the EU canon, there was a crossover that featured a genuine vampire named Britt. She helped the Enterprise crew fight off an infestation of Zombies in the TOS Comic: "Infestation, Issue 1" 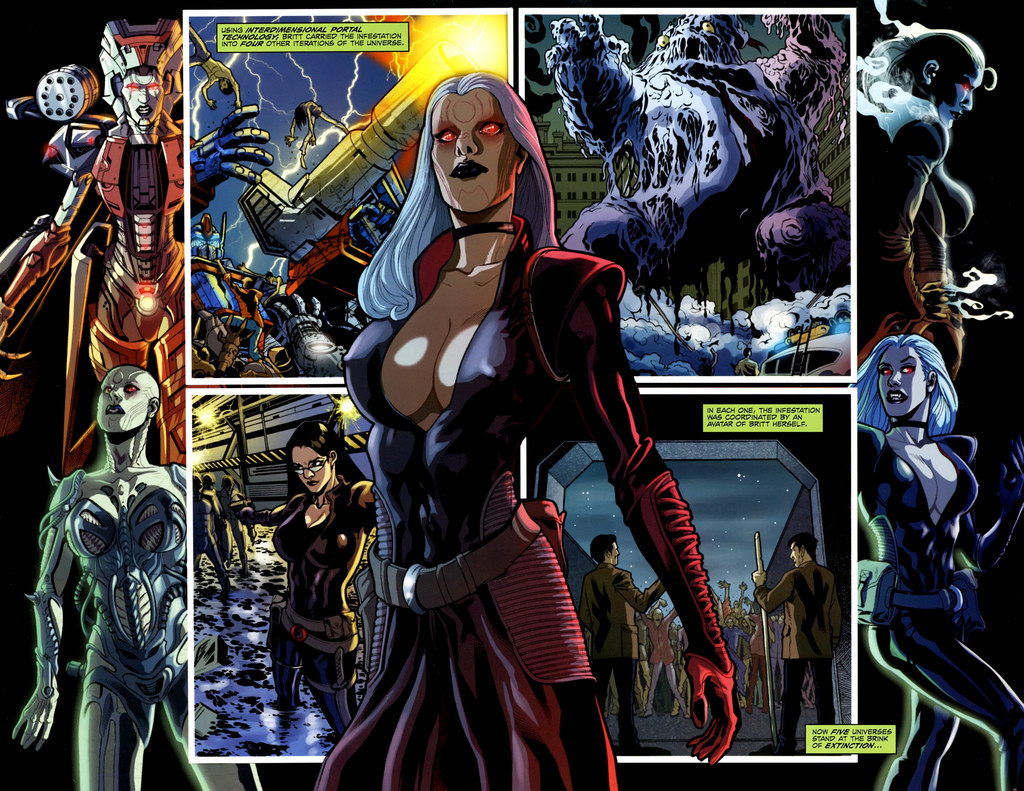 You might also want to take a look at the TOS novel "Bloodthirst" (hat tip to @Omegacron) where Kirk and the crew encounter a manmade virus which causes its victims to suffer from many of the more obvious characteristics of vampirism, notably a thirst for blood and extreme light sensitivity.

There is only the outpost's sole survivor, Dr. Jeffrey Adams. A man with a secret that will rock the very foundations of Starfleet... and a terrible, all-consuming hunger that will bring death to the crew of the starship Enterprise. 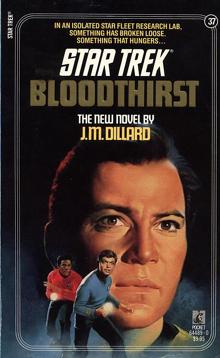 Not the answer you're looking for? Browse other questions tagged star-trek aliens vampire star-trek-eu or ask your own question.