How is Magneto pulling Mystique in the Days of Future Past trailer?

As seen in this screencap, Magneto seems to be pulling Mystique towards him using his powers. What I don't understand is, how can Magneto affect Mystique? Since when did he gain the ability to manipulate human beings using his powers? Or is there anything unique about Mystique that makes her vulnerable to this? Any comic references to this? 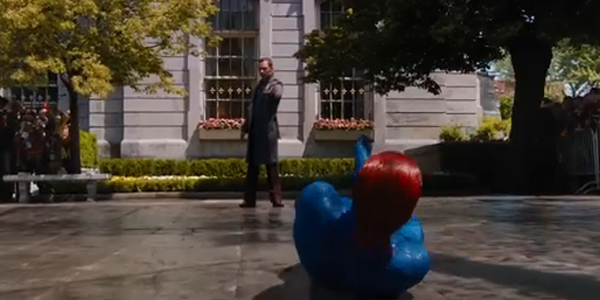 After watching the film,

Magneto shot her in the leg and is pulling the bullet towards him; hence Mystique is being pulled as well. That is why in your screenshot, her leg is lifted a little. After he had brought her close enough, he pulled the bullet out of her leg.

Metal object inside Mystiques leg which Magneto is pulling towards him, thus the lifted leg in the screenshot.

There are many possible answers to this question you will not find out for certain until you watch the film.

how can Magneto affect Mystique? Since when did he gain the ability to manipulate human beings using his powers?

He can't affect her directly, he would have had this power in the future if he had gained it in the past. He still only has the power to influence metal in the future though.

Or is there anything unique about Mystique that makes her vulnerable to this?

I doubt it, there has never been anything mentioned about Mystiques powers other than her transformations.

Any comic references to this?

Not that I can recall although I'm not one of the more prominent comic aficionados of the site.

After re-watching the trailer it looks more and more like there is something on her ankle just due to the way in which her leg is raised, she is also clearly not holding anything.

I am sure that he has lifted human beings in the comics since his post-Asteroid M power-up, and also as a way for the comic writers to reference diamagnetic levitation. Basically, the right magnetic field causes objects with a high water content to become briefly magnetic and thus able to be repelled or attracted.

It's a little ambiguous, since it's possible that he's working with the metal the soldiers presumably have somewhere on their body, but the following image's art (from the Comic Book Legends Revealed site) suggests that he's moving the soldiers directly. 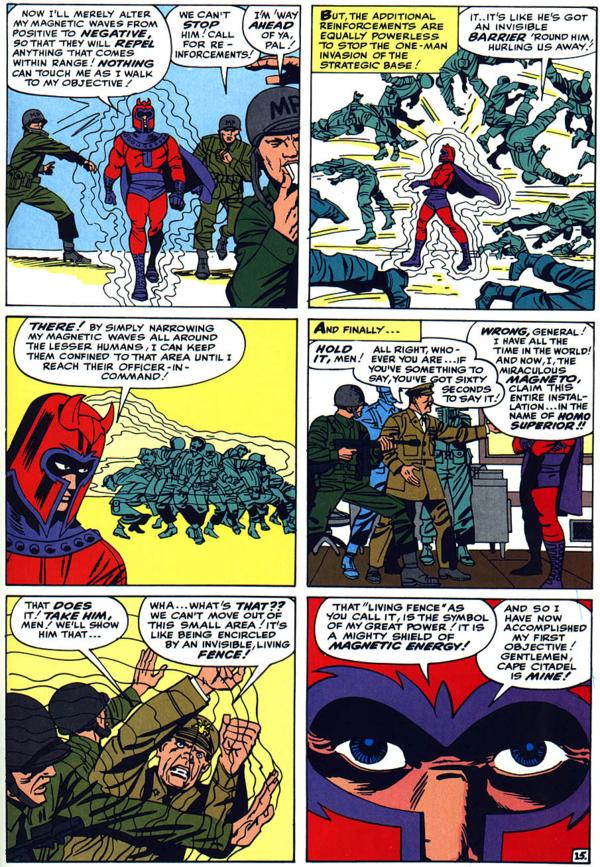 She had been shot before. The bullet in her leg is his 'leverage'.

He's the master of magnitism. It isn't limited to metal objects - he doesn't need any metal around his body to fly. He uses magnetic force fields to manipulate things, he can rip a large tree out of the ground, and launch it miles away. The movies have so much good material to work with out of the comic books; from astral projection, lightning manipulation, magnetic force fields, repulsor beams, all kinds of good stuff.

Not the answer you're looking for? Browse other questions tagged marvel x-men x-men-cinematic-universe x-men-days-of-future-past magneto or ask your own question.