In Dead Space, what exactly is the marker, who built it and how is it turning people to monsters?

I played through the first two games but I didn't really understand the plot. I was more interested in shooting and stomping. I never really got how the marker was important and why some people were turning and not others. What mechanism is turning people? Some kind of psychic magic?

The Black Marker's actual origin is unknown. However we do know that it is alien in origin and supposedly responsible for the destruction of the Dinosaurs. 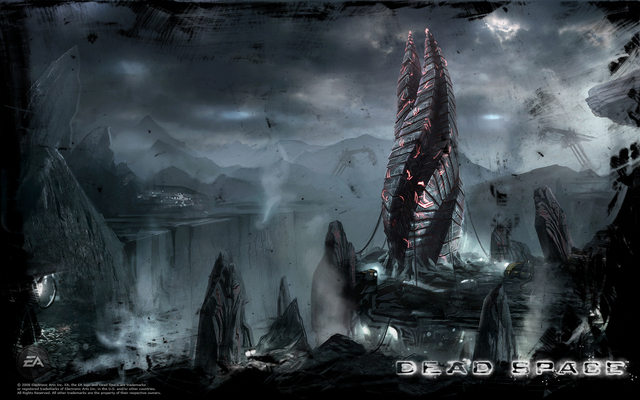 The Black Marker was found by Michael Altman and a team of researchers in the asteroid impact crater off the coast of the Yucatán peninsula in Mexico. It was thereafter concluded that the Marker landed on Earth along with an asteroid that may have caused the mass extinction of the dinosaurs approximately 65 million years ago. The existence of the Black Marker had been known to the locals that lived near its resting place for generations, but was never spoken about to outsiders and was referred to as "The Tail of the Devil." The locals tend to cross their index and middle fingers when speaking of it.

The Red Markers are copies of the Black Marker. 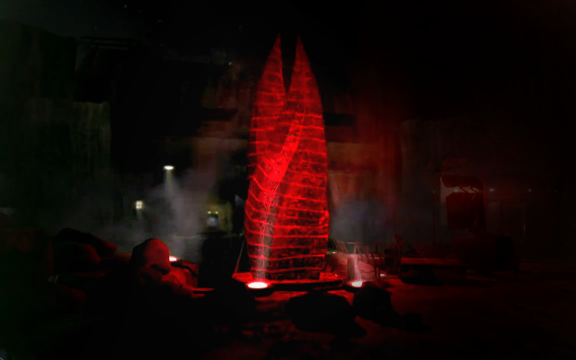 A Red Marker is a reverse-engineered copy of a Black Marker or its respective copies. It is vital in the process of Convergence.

It should be noted, however, the term "Red Markers" stemmed from the coloration of man-made Marker duplicates, and not an universal description.

As far as how it changes people it is due to an alien infection. 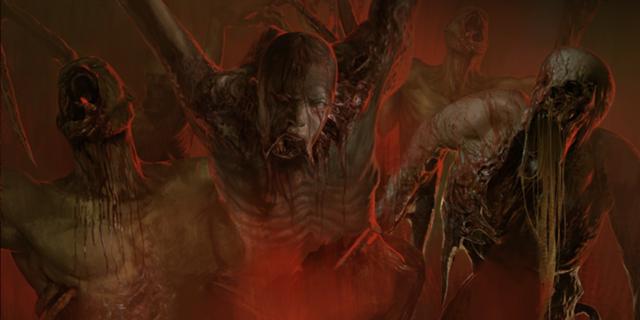 Necromorphs are mutated and reanimated corpses, reshaped into horrific new forms by a recombinant extraterrestrial "infection". The resulting creatures are extremely aggressive, and will attack any uninfected organism on sight. Necromorphs are the main antagonists of the entire Dead Space franchise.

The origin of Necromorphs has to do with the Markers.

The generation of Necromorphs begins with Markers. These structures re-broadcast a highly concentrated electromagnetic signal that alters any dead tissue in range on a cellular level, converting it into Necromorph tissue and re-animating the corpse of the host organism. This signal also affects the minds of intelligent life forms, usually manifesting as dementia and resulting in homicidal and suicidal actions – laying out a rich field of fodder for the Necromorph infection.

The reason that some people do not go through transformations is because the pathogen rarely transforms living people, the infected person usually has to die for the transformation to occur.

The infection is also spread directly through the Necromorph pathogen - that is, the reanimated cells created by the Markers and which compose the Necromorphs. Typically, the infection is passed to new host bodies via specialized Necromorphs such as Infectors or Swarms. In order for the Necromorph pathogen to infect a host body, the host must first be killed; for reasons unknown, living victims who come into contact with the microbes do not undergo transformation, although symptoms of paralysis, catatonia, and impaired breathing can occur. While these symptoms do not necessarily ensure the death of the host, they can make it easier for nearby Necromorphs to catch and kill the victims. Living victims that ingest Necromorph tissue in quantity undergo a slow transformation, eventually dying and becoming Feeders.

Not the answer you're looking for? Browse other questions tagged video-games zombie dead-space or ask your own question.

6
What determines whether people just die or reanimate as Necromorphs?

6
What determines whether people just die or reanimate as Necromorphs?
8
Seeking a game like Hunt the Wumpus but with graphics, RPG elements, and a balrog
5
In Dead Space, how did Dr. Challus Mercer intend to bring the necromorphs on Earth?
17
Touchscreen-controlled dentist office snowman collector game
2
PC game, probably on Steam, involving mystic martial arts in a medieval Asian time frame
15
Space exploration/RPG PC game where humanity is trapped in a space bubble
7
PC Game (DOS?) with crude 3D sphere graphics, ability to play a male or female against creatures in a European town
4
1990s Video Game (I think on the Sega Genesis) where you controlled a gun-sight which you used to kill monsters, primarily by blowing their limbs off
22
Computer Game - Opens with meeting a famous person and chasing a robber who vanishes using magic
8
Game featuring teenagers that turn into animals