Are the Seasons the same throughout the world of A Song of Ice and Fire?

Typically when the main characters are speaking about the seasonal characteristics in the world of A Song of Ice and Fire they are referring specifically to those on the continent of Westeros. Are these seasonal effects, such as winters lasting decades, the same on the other continents, Essos or Sothoryos?

According to this chat with GRMM, the rest of the world is affected less strongly by the seasons than Westeros:

Mr Martin, why does Westeros seem the only place effected by the Others and the long winters? The other parts of the world seem not to care.

George_RR_Martin - Westeros is not the only place affected, but it's affected most strongly, because it's the only landmass that extends that far north. The other continent is bounded to the north by an icy polar sea.

As Michael wrote, you can see in this map of the world that Essos does not extend much further north than the Twins: 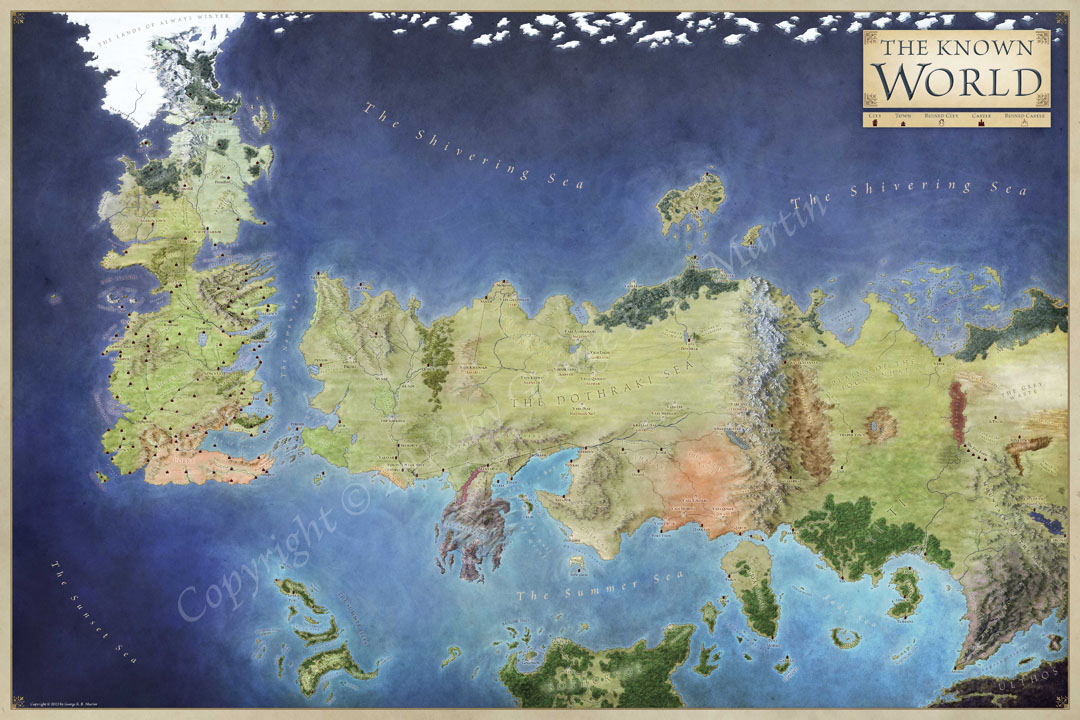 Yes, the seasons are planet-wide (at least, they also affect Essos, so I assume they'd affect other continents as well.)

However, Essos is affected much, much less than Westeros because almost all of the land mass in Essos is in the sub-tropical/equatorial region. THe northenmost point on Essos is at approximately the same latitude as The Twins, with the most populated areas being in line with Storm's End or Highgarden. Even in Westeros, the regions this far south aren't hit nearly as hard by winter, but has a much more stable climate.

At the end of ADWD, as the winter starts, grass in Essos turns yellow. I believe we'll see more in Winds of Winter.

78
Explanation of seasons in "A Song of Ice and Fire"
5
How cold does it get in winter?

25
Is there a time-line graphic for A Song of Ice and Fire?
14
Does a reference exist for the A Song of Ice and Fire (Game of Thrones)?
30
Are there any subtle hints towards Lord of the Rings in A Song of Ice And Fire?
37
How big of a deal is Westeros?
13
What is the origin and history of the 'Order of the Maesters'?
11
What methods to reproduce/copy books are available in the world of Game of Thrones / ASOIAF?
15
Do lands other than Westeros suffer from long Winters and live under the threat of Others?
3
What is the in-universe reason that eastern Essos is not mapped?
27
Which realm in Westeros had the best archers?