Is there a solid canon evidence that Sunday Prophet is an edition part of Daily Prophet?

Came up with something that was on Wikia but not very well sourced while researching my last answer.

In Order of Phoenix, Ch. 38, The Second War Begins, they read "Sunday Prophet".

Harry was sitting on the end of Ron's bed and they were both listening to Hermione read the front page of the Sunday Prophet.

Wikia says that it's an edition of Daily Prophet, like Evening Prophet is.

But their only proof - very weak one IMHO - is that there is a Daily Prophet example published on Sunday - specifically, 4/13/2014 - Ginny Weasley Quidditch report "Norway vs Ivory Coast". However, that link doesn't actually say "Sunday Prophet" anywhere on it!

Is there an actual solid canon proof that Sunday Prophet is an edition of The Daily Prophet aside from this "not called Sunday Prophet" example and a mere fact that they are both called "Prophet" (which is evidence, but there's 1000s of Muggle newspapers called "News" or "Post" so it's not exactly proof).

The Sunday Prophet is the "Sunday Edition" of the Daily Prophet. 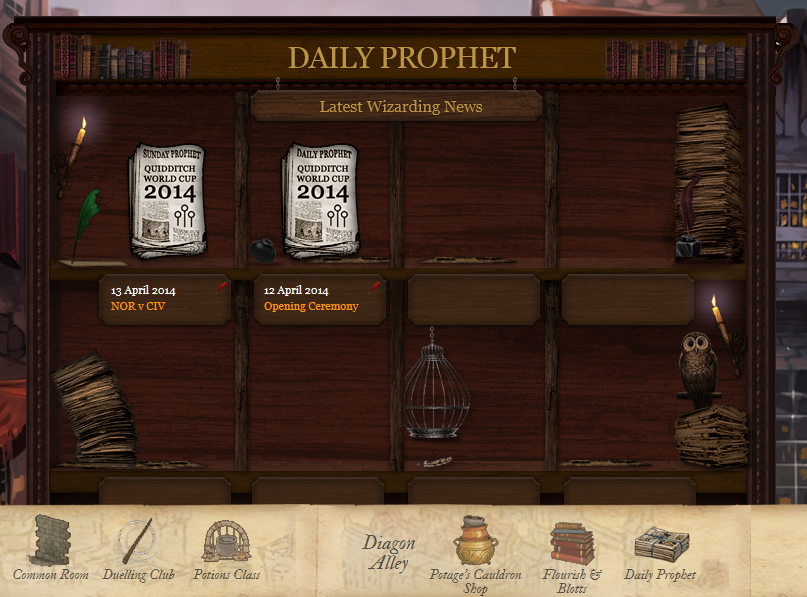 Yes, the Sunday Prophet is part of the Daily Prophet

If we look at some passages discussing this issue of the paper, it seems pretty clear that they are referencing back to what the Daily Prophet has been saying all year. This makes sense if they are the same paper, but not if they are two different papers:

“He’s ‘the Boy Who Lived’ again now, though, isn’t he?” said Ron darkly. “Not such a show-off maniac anymore, eh?”

“Yes, they’re very complimentary about you now, Harry,” said Hermione, now scanning down the article. “ ‘A lone voice of truth ... perceived as unbalanced, yet never wavered in his story . . . forced to bear ridicule and slander ...’ Hmmm,” said Hermione, frowning, “I notice they don’t mention the fact that it was them doing all the ridiculing and slandering, though...”

“ ‘You-Know- Who’s Last Attempt to Take Over, pages two to four, What the Ministry Should Have Told Us, page five, Why Nobody Listened to Albus Dumbledore, pages six to eight, Exclusive Interview with Harry Potter, page nine ...’ Well,” said Hermione, folding up the newspaper and throwing it aside, “it’s certainly given them lots to write about. And that interview with Harry isn’t exclusive, it’s the one that was in The Quibbler months ago...”

Additionally, when Harry goes to visit Hagrid that same day, we have the following:

The hot sun hit him with a blast as he walked across the lawns toward Hagrid’s cabin. Students lying around on the grass sunbathing, talking, reading the Sunday Prophet, and eating sweets looked up at him as he passed. Some called out to him, or else waved, clearly eager to show that they, like the Prophet, had decided he was something of a hero.

10
Is the Evening Prophet a separate newspaper or part of the Daily Prophet?