Why did S.H.I.E.L.D. give Tesseract to NASA (in-universe AND out-universe)?

In the beginning of Avengers movie, Tesseract was seen at a NASA research lab (where Loki appeared).

In-universe, it can be seen that S.H.I.E.L.D. is resourceful when it comes to research. It has top-notch scientists, big funds and secret expertise in alien things. Plus, Tesseract was a sensitive subject which should be more secure in secret S.H.I.E.L.D. facilities. What was the point of giving Tesseract to NASA?

Out-of-universe, has it been officially confirmed that they chose NASA because it's popular targeting those who aren't too much into Marvel Universe to know about S.H.I.E.L.D.? Or, is there any other reason why they chose to involve NASA? If you replace NASA with a S.H.I.E.L.D. research facility, nothing in the movie would change. Why did they chose NASA?

S.H.I.E.L.D didn't "give" the Tesseract to NASA. They were researching it together in a joint operation.

The Script makes multiple mentions that the base is a S.H.I.E.L.D project facility.

It is my understanding that the NASA Chamber is within the facility owned and controlled by S.H.I.E.L.D. Following the scenes in the script, where we go further into the facility, eventually to the test chamber - and then back out through Project P.E.G.A.S.U.S tunnels supports this idea.

Project P.E.G.A.S.U.S. was a joint venture between S.H.I.E.L.D. and N.A.S.A., formed to investigate phenomena beyond the range of conventional scientific understanding.

This can be seen in the screencap below. Notice the word Joint meaning that the facility was shared between NASA Space radiation dept and the SHIELD accelerator. 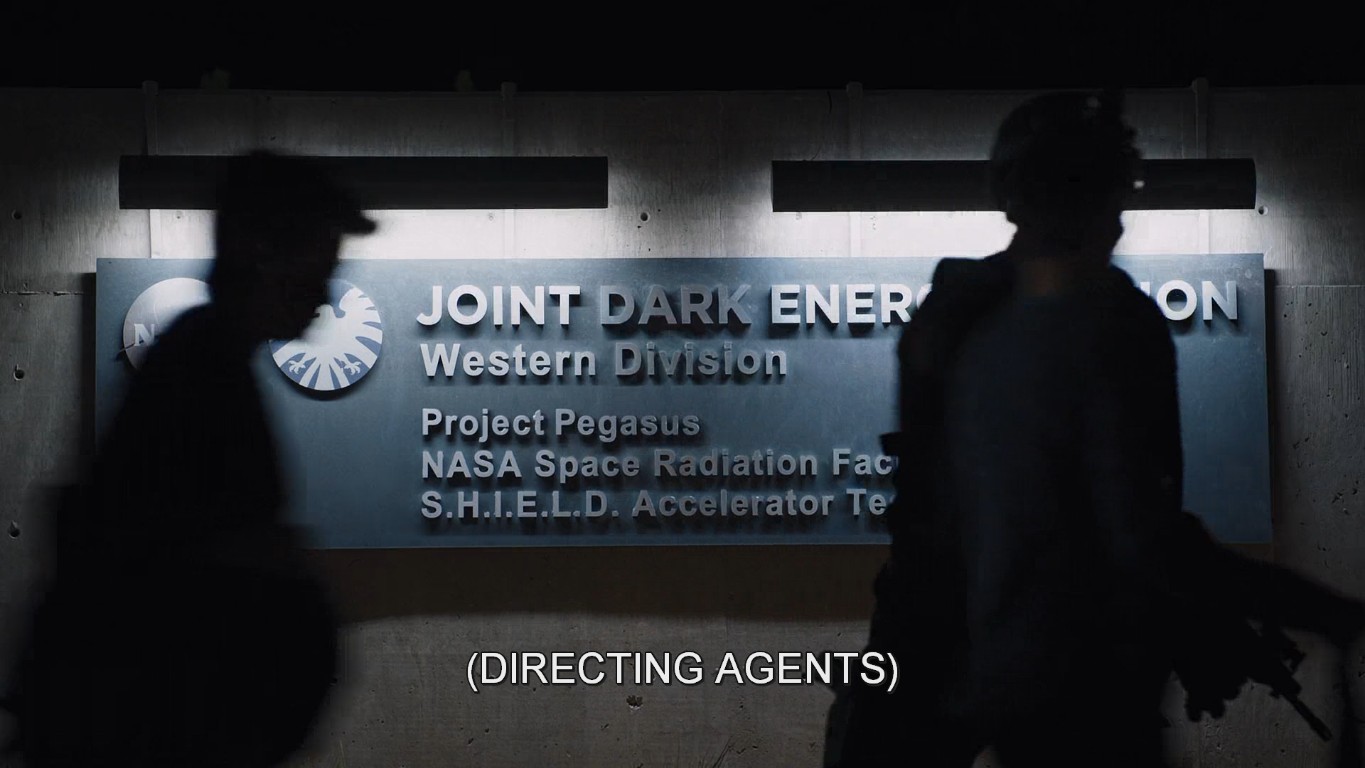